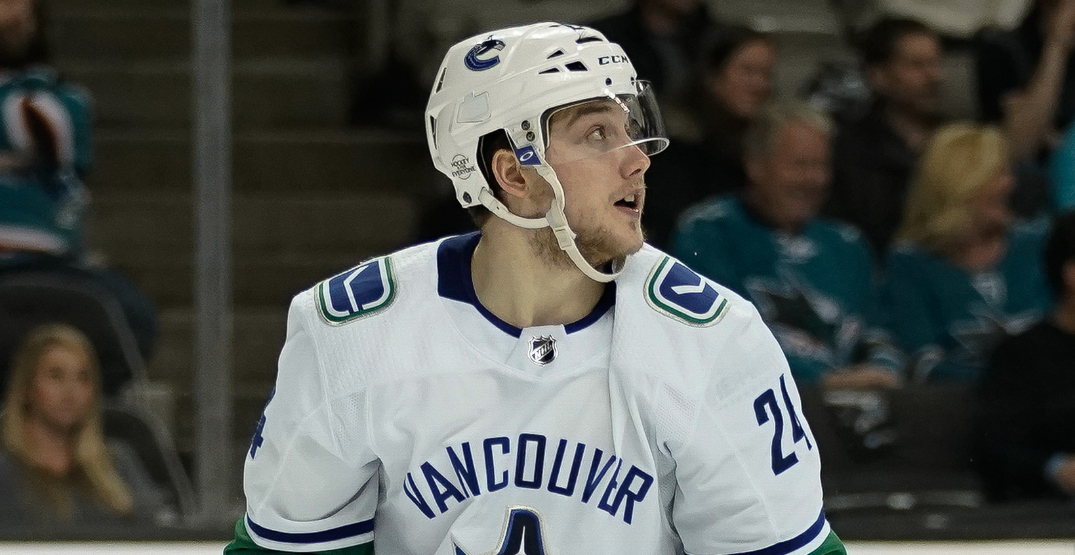 Reid Boucher, who played 48 games over parts of three seasons with the Vancouver Canucks from 2017-2019, has pleaded guilty in a Michigan court to the sexual assault of a minor while with a billet family in 2011, according to a report in the Detroit Free Press.

The minor was 12 at the time of the incident, according to the report. Boucher was 17, and a member of the US National Team Development Program in Plymouth, Michigan.

Boucher’s victim is now 23. She has not been identified due to the circumstances of the case. She told the Free Press that she has dealt with substance abuse and eating disorders, self-harm, and PTSD, and has also undergone in-home psychiatric care.

According to the Free Press, Boucher pleaded guilty on December 13, 2021 to third-degree criminal sexual misconduct involving sexual penetration with an individual between the ages of 13 and 16 years old.

He was originally charged with first-degree criminal sexual conduct, which carries a sentence of 25-years-to-life, according to the Detroit Free Press.

During a court appearance in December, however, a judge “agreed to let Boucher enter a plea for the lesser charge and agreed to sentence him with no upfront jail time through the Holmes Youthful Trainee Act, or HYTA. Under HYTA, the case won’t appear on Boucher’s public record if he successfully completes his sentence,” according to the report.

Boucher played 133 NHL games over parts of six seasons with the Canucks, Nashville Predators, and New Jersey Devils from 2013-2019. He currently plays for Lokomotiv Yaroslavl in Russia’s KHL.