Evil Dead is a tale of five college students going to spend Spring Break in a cabin in the woods. The students consist of Ash, S-mart employee in housewares; his little sister, Cheryl; his girlfriend, Linda; S-mart cashier, his best friend, Scott; and that girl Scott picked up at the bar three days ago, Shelley. They cross the old wooden foot bridge and break into an abandoned cabin where they’re far away from prying eyes and no one know theyre there what could possibly go wrong?

Everything, obviously. The kids find some ‘cool stuff’ in the basement, including an axe, a shotgun, a spooky looking book that turns out to be the Necronomicon and a tape recording of some of the ancient passages inscribed therein.

All singing, all dancing, Evil Dead the Musical is a delightful romp, a loving homage to the first two parts of the much loved cult classic Evil Dead trilogy. The music is varied, with peppy upbeat songs like ‘Cabin in the Woods’, jumping dance numbers ‘Do the Necronomicon’ and ‘Bit Part Demon’ and slower, sad songs like ‘Ode to an Accidental Stabbing.’ They were all beautifully performed by the players and accompanying band. Evil Dead the Musical is everything that is loved about the movies, campy and cheesier than a plate of nachos, but with the added bonus of everyone breaking into song. 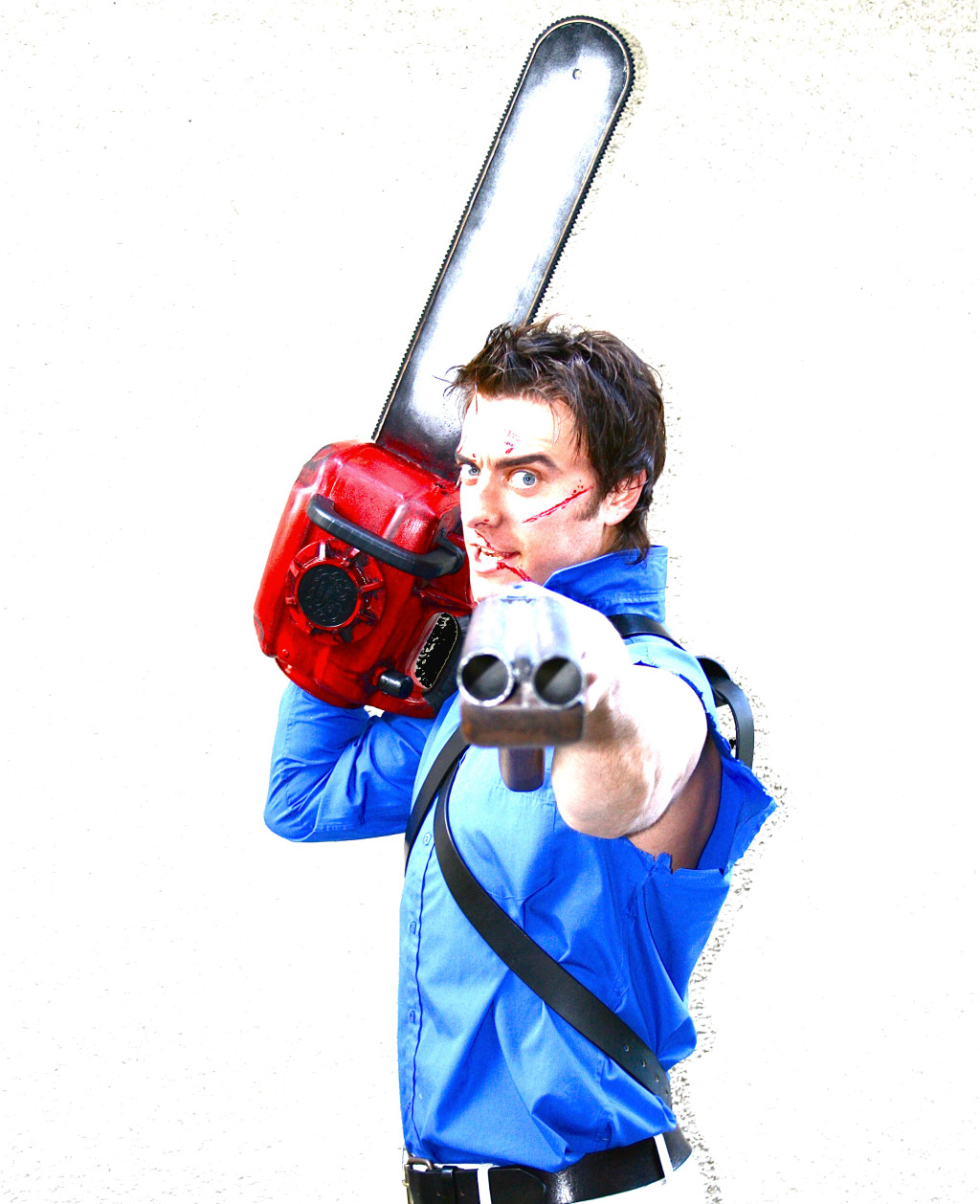 Scott Walters is the perfect Ash, he at once resemble in manner and delivery a young Bruce Campbell and somehow completely makes the character his own. Walters is a joy to watch, wit wildly expressive eyebrows, which are just as communicative on stage as Bruce Campbell’s were in the films. The rest of the cast is equally amazing and talented and in the case of Cheryl, adorable. The costumes were movie accurate and the hair pieces for Shelley and Linda were era appropriate, but still hilarious on their own. The Candarian Demon masks were wonderfully crafted and applied in really clever ways. 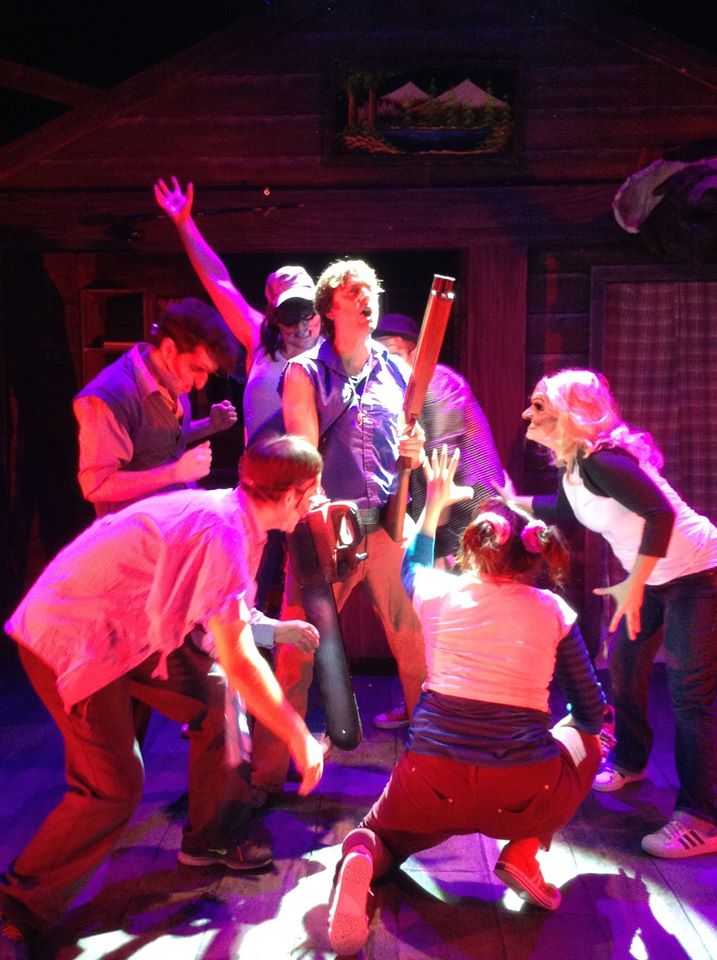 Evil Dead the Musical is running at the Norman Rothstein Theatre on West 41st until November 1st. Tickets are available online at $29.99 for a regular seat or $40 for a seat in the Splatter zone (plus applicable fees). The splatter zone is definitely worth the extra $10, just remember to wear a light coloured shirt, it makes the bus ride home extra fun!