A new SkyTrain station in Port Moody will partially open today to provide transit users with a new permanent access to the region’s commuter rail service.

Starting on Monday, West Coast Express passengers are to use the Evergreen extension’s Moody Centre Station entrance to reach the new platform for commuter rail trains. This involves going up a level and then down a level.

All six stations of the extension will boast both up and down escalators between all levels. 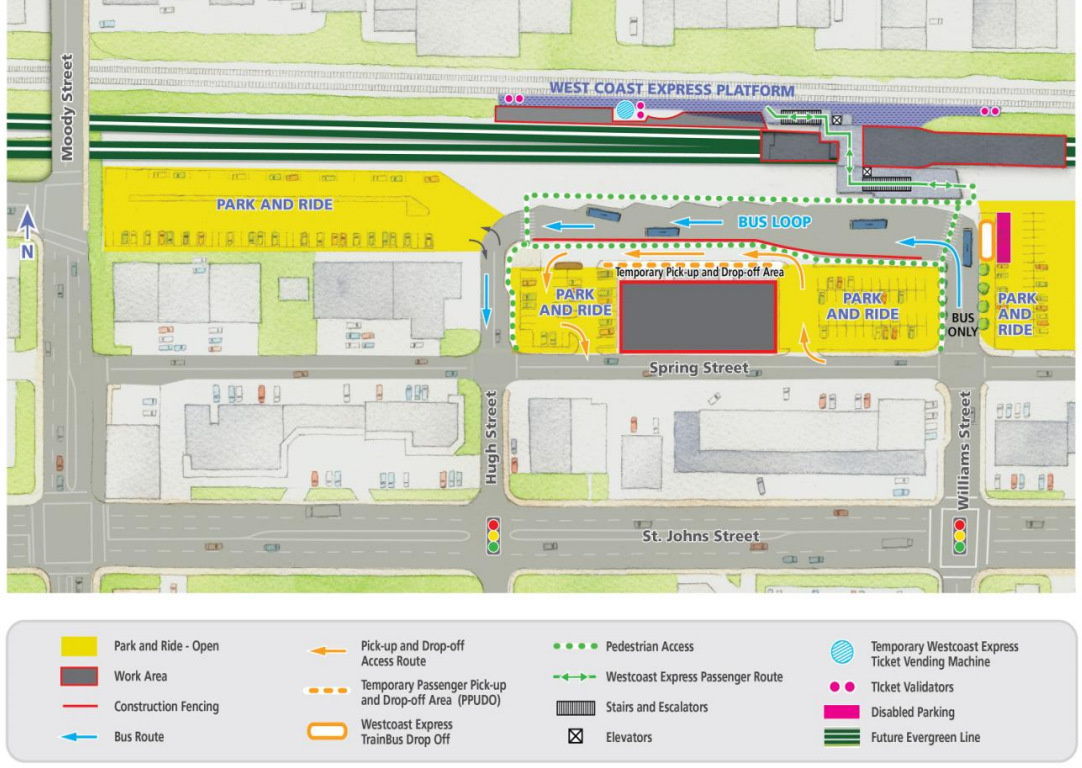 Both of Port Moody’s SkyTrain and West Coast Express stations are integrated into one structure to create a transit hub that provides transit users with the ability to make a convenient transfer between services.

Most of the construction for the Moody Centre Station structure is complete, but there will be some minor work at times to finish the remaining elements of the structure and the station plaza.

“Passengers using the new station access are reminded that construction at Moody Centre Station is ongoing,” reads a bulletin by EGRT Construction. “While the majority of the station construction is done, there may be some finishing work still underway within the station when WCE trains are not in operation.”

The 11-kilometre-long Evergreen extension of the Millennium Line is scheduled to open in early-2017. Most of the project is complete and train testing is underway for most of the system. 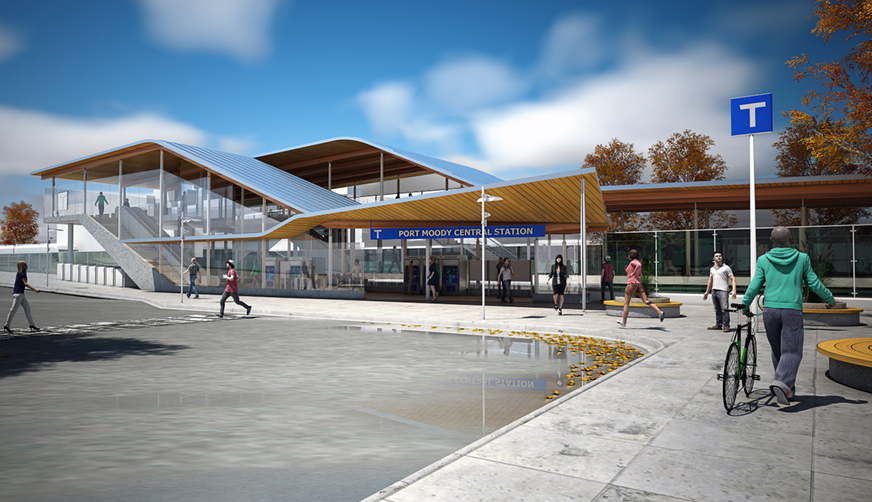 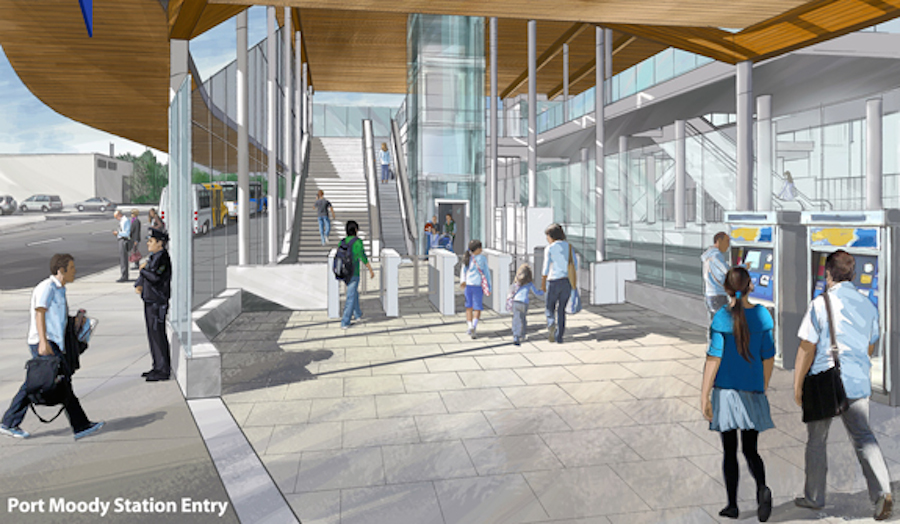 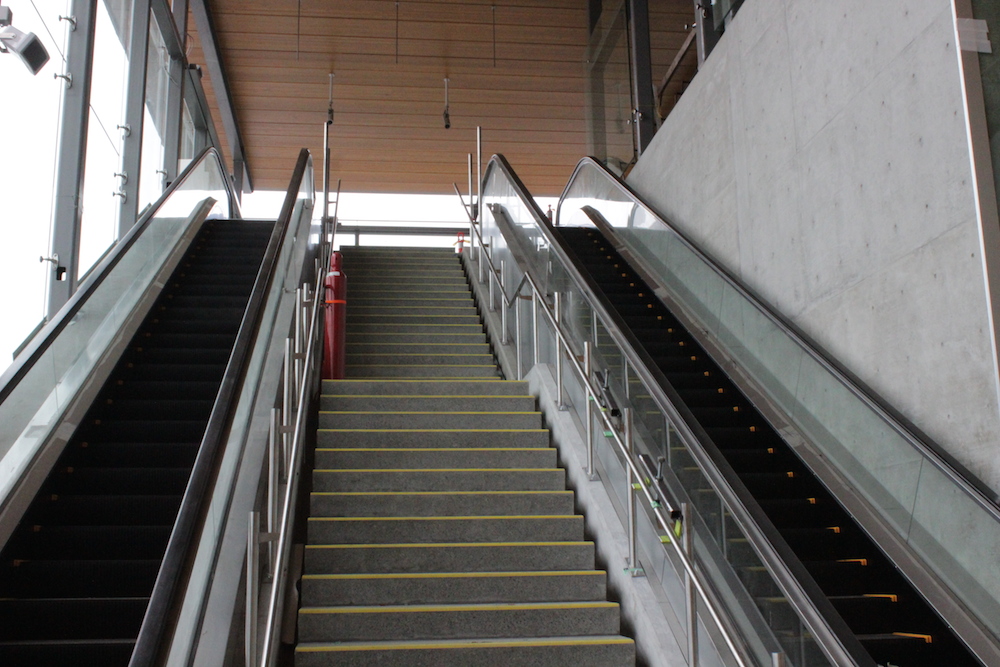