Evergreen Line construction crews pushed an enormous concrete box under the Barnet Highway and reopened the road to traffic eight hours ahead of schedule over the long weekend.

This was the largest traffic disruption expected on the Evergreen Line project and it is now done.

The work took place over the weekend and Remembrance Day, rather than over 60 nights, which reduced disruptions to the travelling public and area residents. Now that the work is finished, the weekend closure at Barnet Highway and Ioco Road for Nov. 15-17, 2013, is cancelled.

The concrete box was the largest of its kind in North America, weighing about 4,000 tonnes, 15 metres wide, seven metres high and 50 metres long. A row of 30 hydraulic jacks pushed it into position. 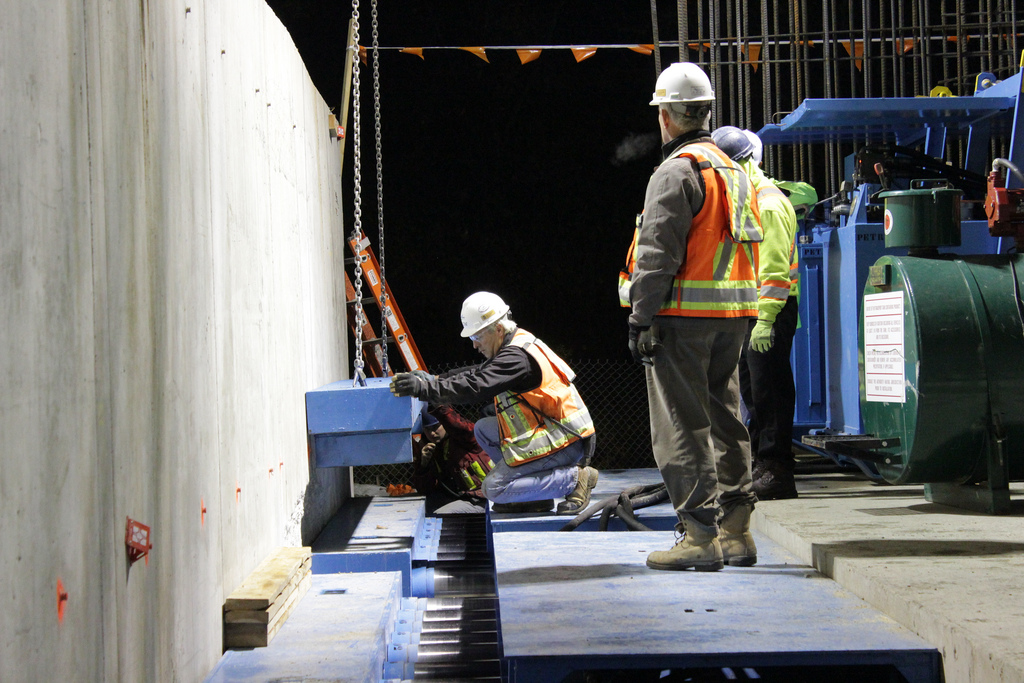 The box will contain a portion of the future Evergreen Line Inlet Centre Station platform and guideway. Now crews will be able to build the station with minimal disruption to the road and traffic. The Inlet Centre Station will have two entrances — one on the west side and the other on the east side of the intersection, allowing passengers convenient, safe access from each side of Barnet Highway. This station design responds to the community’s desire to have a station that is not elevated.

The Evergreen Line will link Burnaby, Port Moody and Coquitlam and be fully integrated into the existing system, connecting directly onto the Millennium Line at Lougheed Town Centre Station. It will carry 70,000 passengers and remove 40,000 cars off the road everyday by 2021. 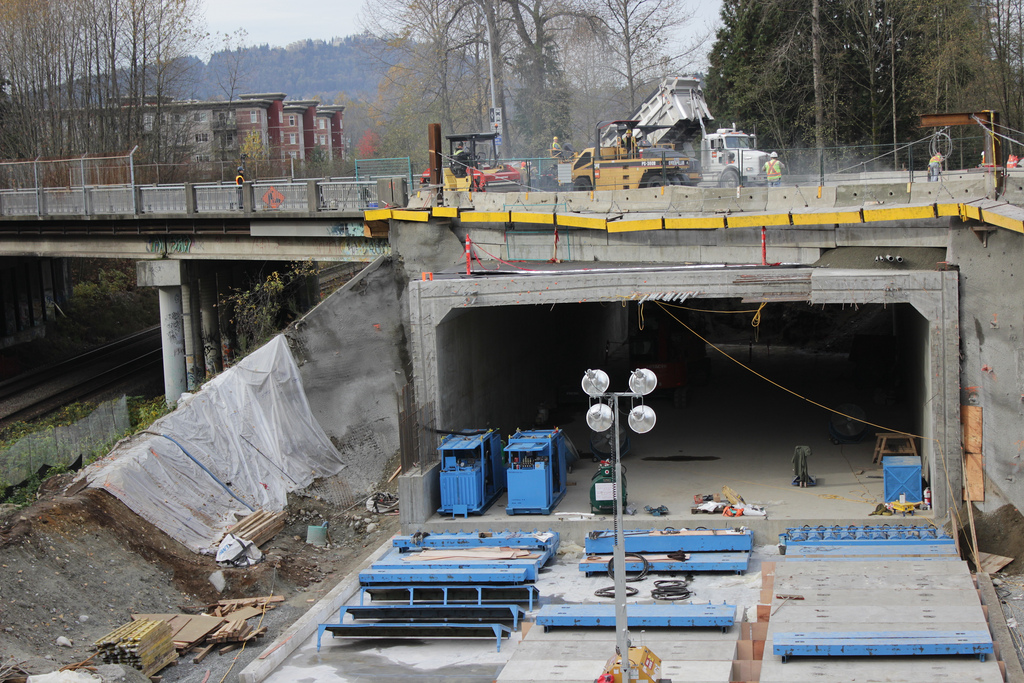