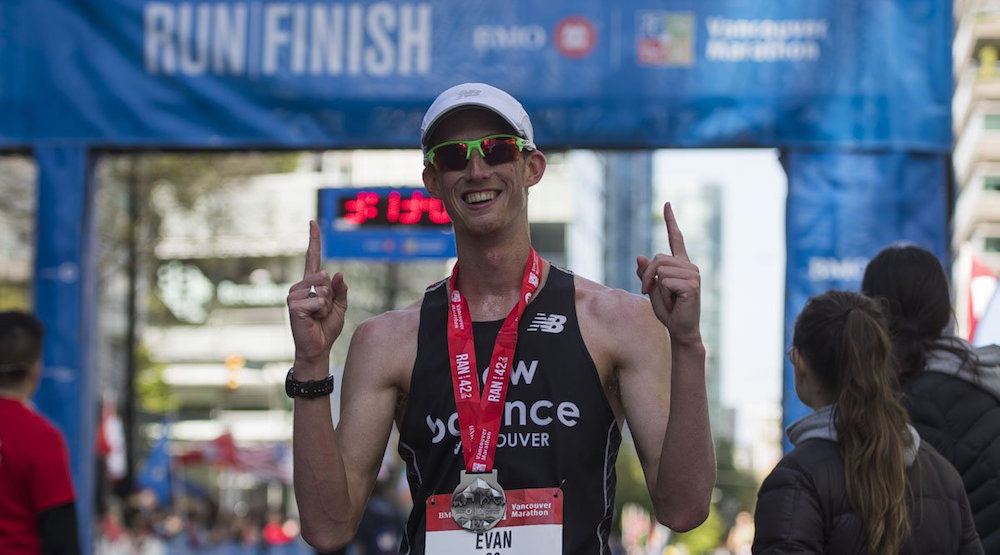 Kenyan Daniel Kipkoech won the BMO Vancouver Marathon for a second straight year on Sunday, finishing faster than nearly 5,000 other runners from 65 countries.

But it was the guy walking the course that had everyone talking afterwards.

Dunfee finished the race with a time of 03:10:35, meaning he walked faster than over 4,000 other people could run.

If you were one of Dunfee’s victims, don’t feel bad, as he’s one of the fastest walkers in the world.

Dunfee famously finished fourth in the 50 km race walk at the Olympics in Rio last summer. He was literally bumped out of third place by Japanese racer Hirooki Arai, causing Canada to file a protest. Dunfee was briefly awarded third-place, which was overturned after an appeal by Japan was granted.

The result was as heartbreaking as it was controversial. But Dunfee won over more fans with his humility than he ever could have by winning a medal.

Dunfee says he helped push other marathoners on, something they appreciated.

“I had a lot of people come to me after the race and just thank me for pulling them along. That was pretty cool.”

First established 45 years ago, the Vancouver Marathon welcomed more runners from more countries than ever before this year with nearly 16,000 total runners registered.

“We are extremely grateful for the opportunity to carry on this amazing tradition established in 1972, and help showcase Vancouver to the world,” said Graeme White, executive director of the Vancouver International Marathon Society.