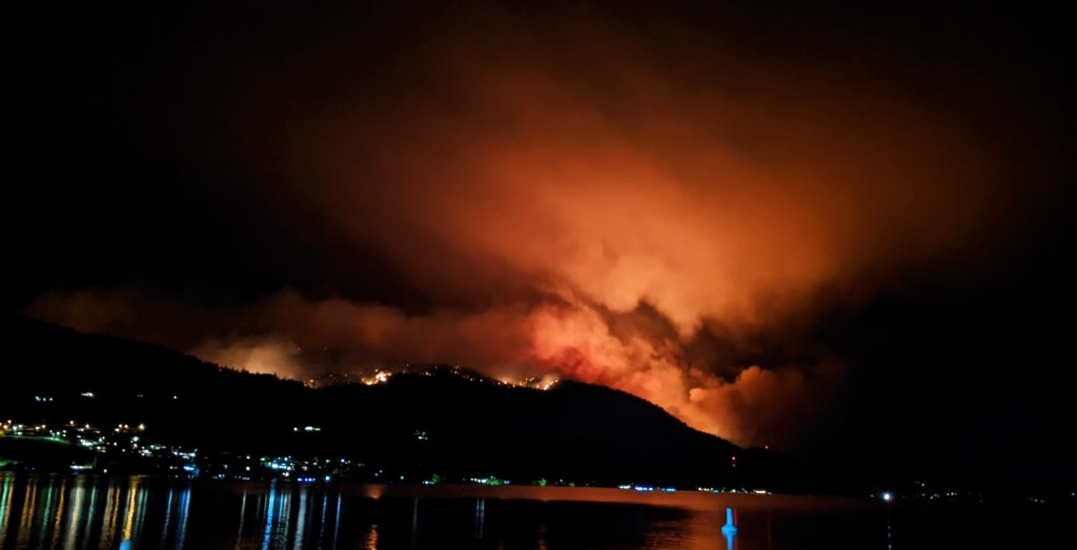 More than 3,000 properties in Penticton have been put on evacuation alert, as the Christie Mountain wildfire rages on.

According to the BC Wildfire Service, the blaze is located approximately six kilometres north of Okanagan Falls, on the east side of Skaha lake.

The #BCWildfire Service is responding to the Christie Mountain wildfire (K51287) located approximately 6 km N of Okanagan Falls on the east side of Skaha lake. It is estimated at ten hectares in size. BCWS personnel are on site and are being supported by air tankers (1/4). pic.twitter.com/ly2nwKc0ck

The fire has grown exponentially since it was first announced by the BC Wildfire Service. On Tuesday afternoon, it was estimated to be 10 hectares in size but grew to approximately 1,000 hectares before the day ended.

Nearly two dozen firefighters remained on site overnight to control the blaze, with additional resources expected to arrive throughout Wednesday.

We’re signing off for the evening with an update on the Christie Mountain Wildfire (K51287) burning N of Okanagan Falls on the East side of Skaha Lake. The fire perimeter was tracked this evening and the size is now estimated to be 1000 hectares (1/3). pic.twitter.com/ORaue0R3VH

In addition to an evacuation order issued to residents of Heritage Hills in Penticton, 3,669 properties on the southeast side of the city have been put on evacuation alert.

The City of Penticton has also activated an Emergency Operations Centre (EOC) in response to the blaze.