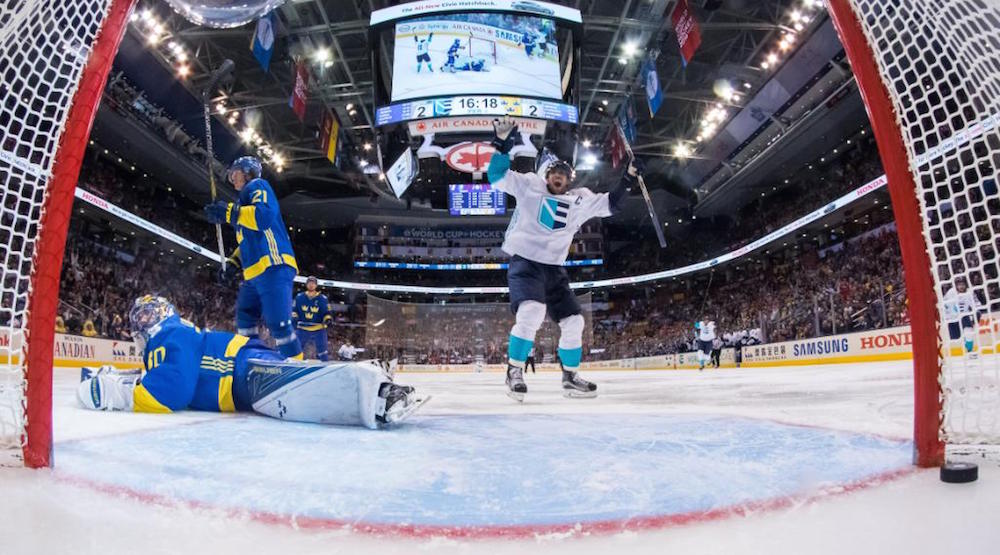 Canada now knows who their opponent will be in the World Cup of Hockey Final, and to the surprise of many, it will be Team Europe after a 3-2 overtime win over Sweden in the semi-final.

“I think nobody would have guessed we could be in the Final,” Team Europe winger Marian Hossa told Daily Hive after their dramatic win. “I think there was 33-1 odds against us, it just feels good to be where we’re at.”

This is the first tournament for Team Europe – a team comprised of the best players from Europe other than Russia, Czech Republic, Finland, and Sweden – and it might be the last.

“Because we have no past, and we have no future, we are really capable of being in the now,” head coach Ralph Krueger said. “I think the better we do, the lower the chance might be that Team Europe gets invited back.”

Krueger said he was joking about that last comment, but there’s an element of truth behind it. Team Europe doing well was one thing, having them in the Final is another. It’s not good for business to have a team with little to no fanbase being in the position they’re in.

Unlike Team North America, there’s still plenty of room on the Europe bandwagon in Toronto.

But don’t blame Team Europe for that (blame Team USA maybe?), because they’ve earned their berth in the World Cup Final. They’ve beaten two of the pre-tournament favourites, Sweden and USA, en route to a 3-1 record so far.

With players like Hossa, Anze Kopitar, Marian Gaborik, Mats Zuccarello, Roman Josi, and Zdeno Chara, Europe is not short on experience or star power. Players on this team all come from countries that do not typically succeed on the international level, and they’re revelling in their success.

“Not many of us were in the Finals in these international tournaments,” said Hossa, who has had some success internationally for Slovakia in the past. “There’s something new for lots of people in our dressing room and definitely we’re going to enjoy it.”

But they’re not in Canada’s class, particularly on the blue line, which features two players – Christian Ehrhoff and Dennis Seidenberg – who do not currently have NHL contracts.

Their coach Ralph Krueger doesn’t have a club team right now either – a hockey team anyway – as he is the chairman of Southhampton FC in the EPL (yes, that’s soccer).

“Our coach is a great motivator,” Hossa said of the former Edmonton Oilers head coach. “[I’ve] learned lots from him over the last few weeks.”

Nobody has believed in Europe up to this point, and that’s not likely to change in a best-of-three final against Canada. 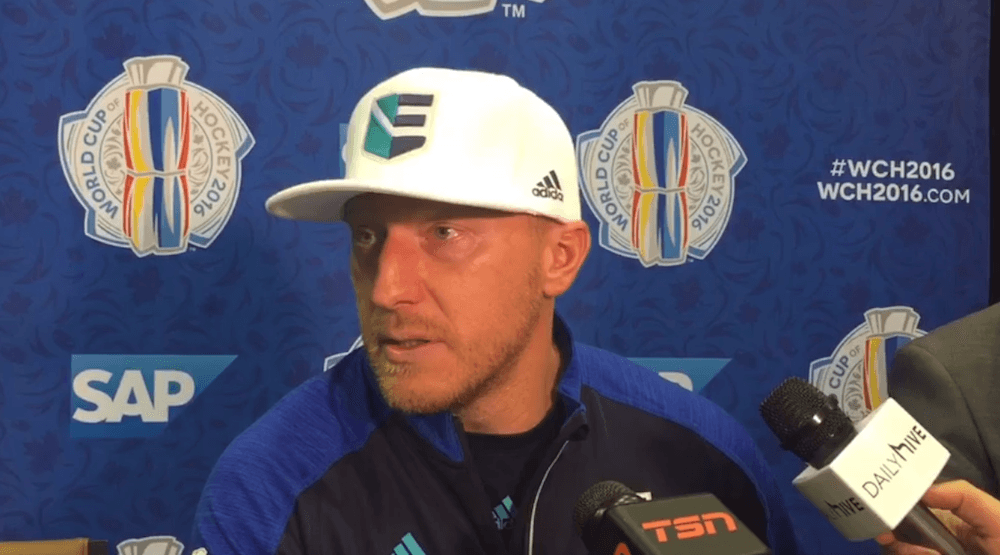 “That’s a different animal that we’re going to face,” Hossa said, looking ahead to playing Canada. “Everyone’s going to have to reach really deep to be successful against this team.”

Team Canada appears to be a juggernaut that can’t be stopped in this tournament. They’ve trailed for only a grand total of 2:41 in four games so far, including all 60 minutes during a 4-1 win in the final preliminary round game against Europe.

“There’s not going to be any surprises anymore, they know our game and we know theirs.”

“You just have to believe,” goaltender Jaroslav Halak said. “I always say, you’re going to have some dreams that some people might say are not realistic, but we’ve created a story right now.”

Europe has created a story, but they will need Halak to be out-of-this-world good in net against Canada if they want to create a fairytale.

Team Europe is a nice story, but we’ll find out if they’re ‘Team Destiny’ as well. Game 1 of the World Cup Final goes Tuesday at 5 pm PT (8 pm ET).