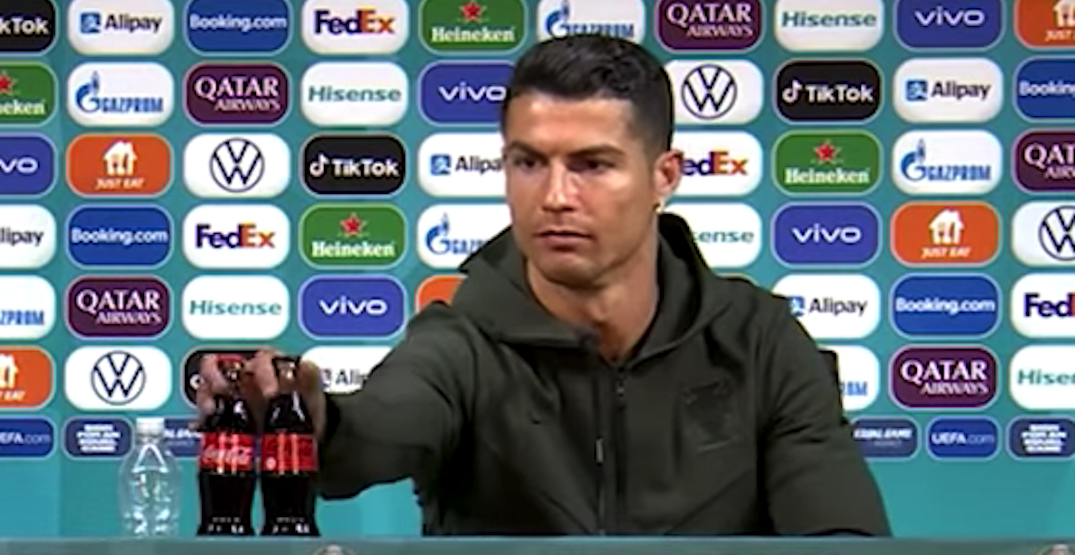 Cristiano Ronaldo drew global headlines after he moved a pair of Coca-Cola bottles off-camera in Budapest on Monday, ahead of Portugal’s match against Hungary. He then held up a bottle of water and said “drink water” instead.

It was a funny moment for everyone but Coca-Cola, a tournament sponsor, who saw their stock fall by 1.6% by the end of the press conference, representing a $4 billion loss in market value according to The Athletic.

One of the most recognizable athletes in the world, Ronaldo appeared to start a trend, as Italy’s Manuel Locatelli also snubbed Coca-Cola during a press conference on Wednesday. France’s Paul Pogba removed a bottle of Heineken beer at his press conference on Tuesday, for apparent religious reasons.

Needless to say, from a business perspective, that’s not how these product placements were supposed to work.

“UEFA has reminded participating teams that partnerships are integral to the delivery of the tournament and to ensuring the development of football across Europe, including for youth and women,” tournament organizers said on Thursday, as reported by the BBC.

“We are never fining players directly from the UEFA side, we will do this always through the participating national association and then they could look if they will go further to the player, but we are not going directly for the moment to the player,” added UEFA tournament director Martin Kallen.