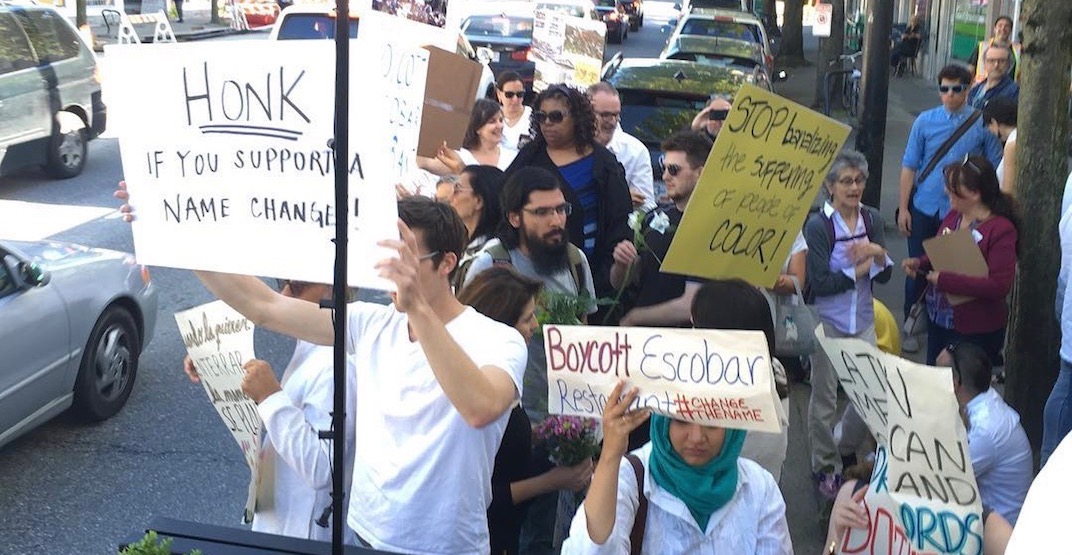 Vancouver’s newest Latin restaurant is experiencing criticism from the public regarding the name of the establishment, Escobar.

The new eatery came under fire in the weeks leading up to the opening (which happened on May 11) both on social media and from the Colombian Consulate in Vancouver, who publically stated their disapproval of the establishment being given the surname of notorious Colombian drug lord Pablo Escobar.

The consulate wrote to Daily Hive on April 26 to express its deep concern regarding the name of the restaurant and suggested a change, but Escobar opened their doors on May 11 without altering the signage or name in any way.

You may have heard murmurs of a protest on opening day, and a small group of people were present in the afternoon of May 11 with signs in tow.

Some of the signs read “Boycott Escobar” and “Honk if you support a name change,” as a handful of photos of the protest appeared on social media over the weekend.

Daily Hive reached out to Escobar the day before their grand opening to confirm they had no plans to change the name.