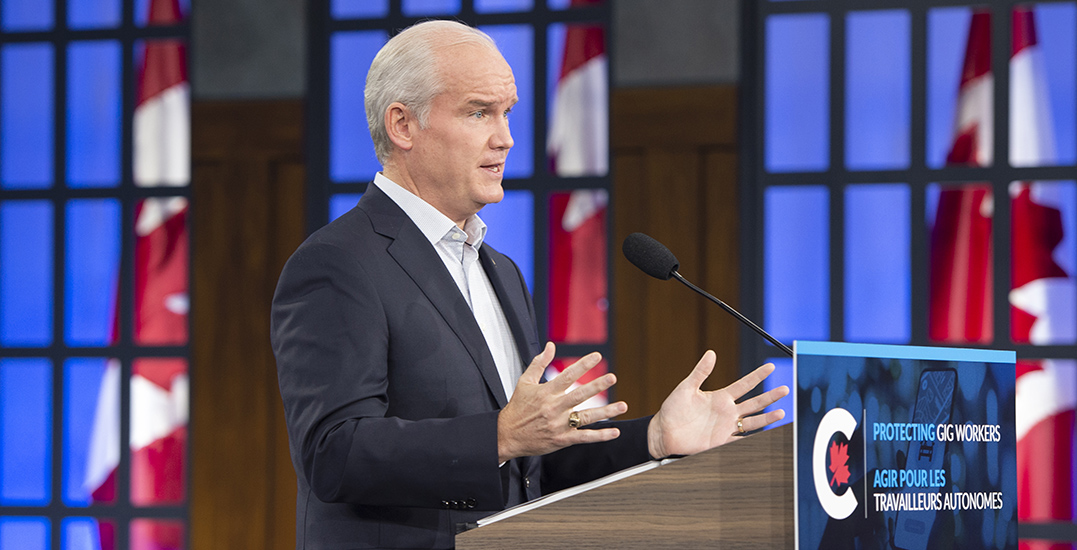 Conservative Leader Erin O’Toole said Thursday Canadians “should be proud to put our flag back up” after it has remained at half-mast on the Peace Tower and other federal buildings for nearly three months to mark the finding of unmarked graves on the grounds
of former residential schools.

The flags were ordered lowered at the end of May after ground-penetrating radar located what are believed to be the remains of more than 200 children at the site of the former Kamloops Indian Residential School in British Columbia.

The finding provoked grief across Canada, and then more such sites were found at other former schools, including 751 unmarked graves discovered by Cowessess First Nation in Saskatchewan.

During a campaign announcement in Ottawa, O’Toole said reconciliation is important to him, and it’s time to recommit to build up the country.

“I think to recommit to Canada, we have to be proud of Canada,” he said at the party’s broadcast studio in Ottawa.

“I’ve been talking to Indigenous leaders since I became Opposition Leader. Reconciliation will be important for me as will be pride in Canada, building it up, making more opportunities for more people, including Indigenous Peoples. That will be my priority, and I do think we should be proud to put our flag back up.”

At the time, O’Toole questioned how much pride in the county other federal leaders felt, including Justin Trudeau, after he and some of his ministers said Canada Day should be a time to reflect on its colonial legacy and its mistreatment of Indigenous people.

Indigenous voters are among the groups the Conservative leader hopes to woo by Sept. 20 to cast a ballot in his favour, along with young people, those who are LGBTQ and working class.

O’Toole ran in last year’s leadership race as the “true blue” candidate with ambition to grow the party’s support.

He wrote reconciliation into the party’s election platform, promising to implement six specific calls to action from the Truth and Reconciliation that deals with the deaths of children at residential schools and where they were buried.

He also committed that a Conservative government would make progress on the commission’s recommendations from 2015 and put together an action plan to deal with all the calls to action.