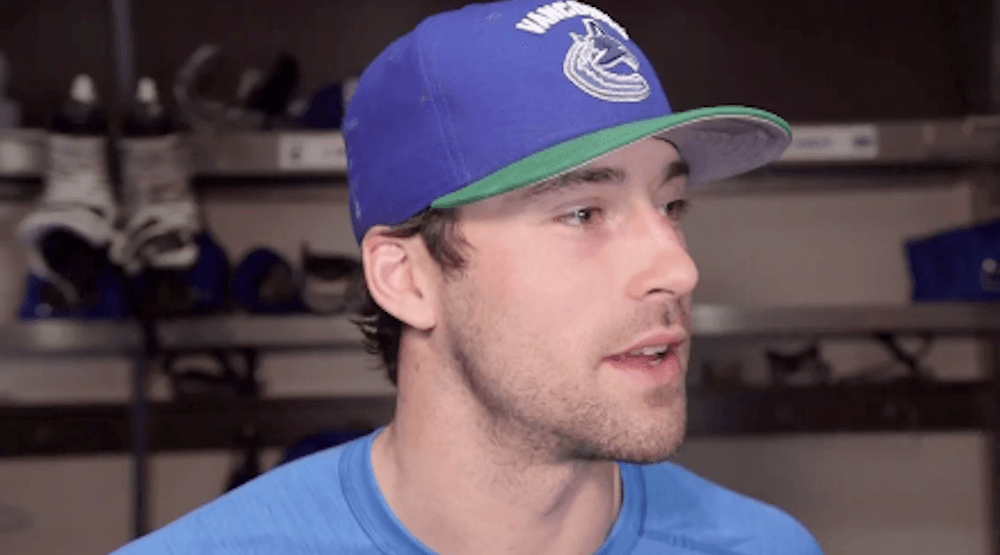 It appears things have cooled down considerably between the Canucks and Leafs since sparks were flying in a 6-3 Leafs win in Toronto on November 5th.

The Leafs dominated the Canucks on the scoreboard in that one, then in the third period they began adding injury to insult.

After the game, Canucks defenceman Erik Gudbranson was overheard by the media yelling in the hallway.

That’s when everyone circled December 3rd on their calendar.

Jim Benning confirms he and the Canucks coaches and players will meet with Stephane Quintal tomorrow, ahead of the Toronto rematch

Stephane Quintal, the head of the Department of Player Safety, is on the case.

Gudbranson has calmed down considerably since then as well.

“It was kind of a fit of rage that I had,” the 6-foot-5 Canucks blueliner said on Friday. “I understand it. It was wrong, but the number of times i’ve said it is probably more than most people would expect.”

As you might have guessed, Gudbranson isn’t actually planning to kill Martin.

While these kinds of revenge games get people excited, you can understand why players on both teams are downplaying it.

Fans in Vancouver are all too familiar with what can go wrong when a player carries out a threat.

Anyway, enough about that.

Leafs/Canucks is always one of the most emotionally charged atmospheres of the year, no matter where each team is in the standings. Saturday will be no different, with perhaps Gudbranson and Martin duking it out.

After Thursday’s lacklustre effort, the Canucks could use a jolt of energy.