Eric McCormack, the Emmy-winning star of Will & Grace, is coming to Vancouver to give a concert full of insider anecdotes and iconic songs in memory of his parents.

McCormack will perform The Concert I Never Gave…(except for, like, 2000 times in my bedroom) on two nights only, on August 5 and 6.

The shows will not only be a musical showcase for songs by Elton John, The Who, Queen and more, but also a celebrity tell-all of personal stories and behind-the-scenes sagas.

Speaking to Daily Hive earlier this year on #PlaidForDad Day, McCormack said, “There are a few costumes… In the finale, I fully commit myself to Freddie Mercury.

“[Sean Hayes of Will & Grace] came backstage and he said, ‘Well, that took balls – literally!'”

McCormack will also be backed by a house band for the shows, including Loren Gold, keyboardist for The Who and Tyler Stewart, drummer for the Barenaked Ladies.

All proceeds from the concerts will be donated to Prostate Cancer Canada, in memory of McCormack’s parents, who both died from cancer.

“Like any charity, a little, a lot, it all helps. It’s all going to go towards a man in your life that you love,” said McCormack. 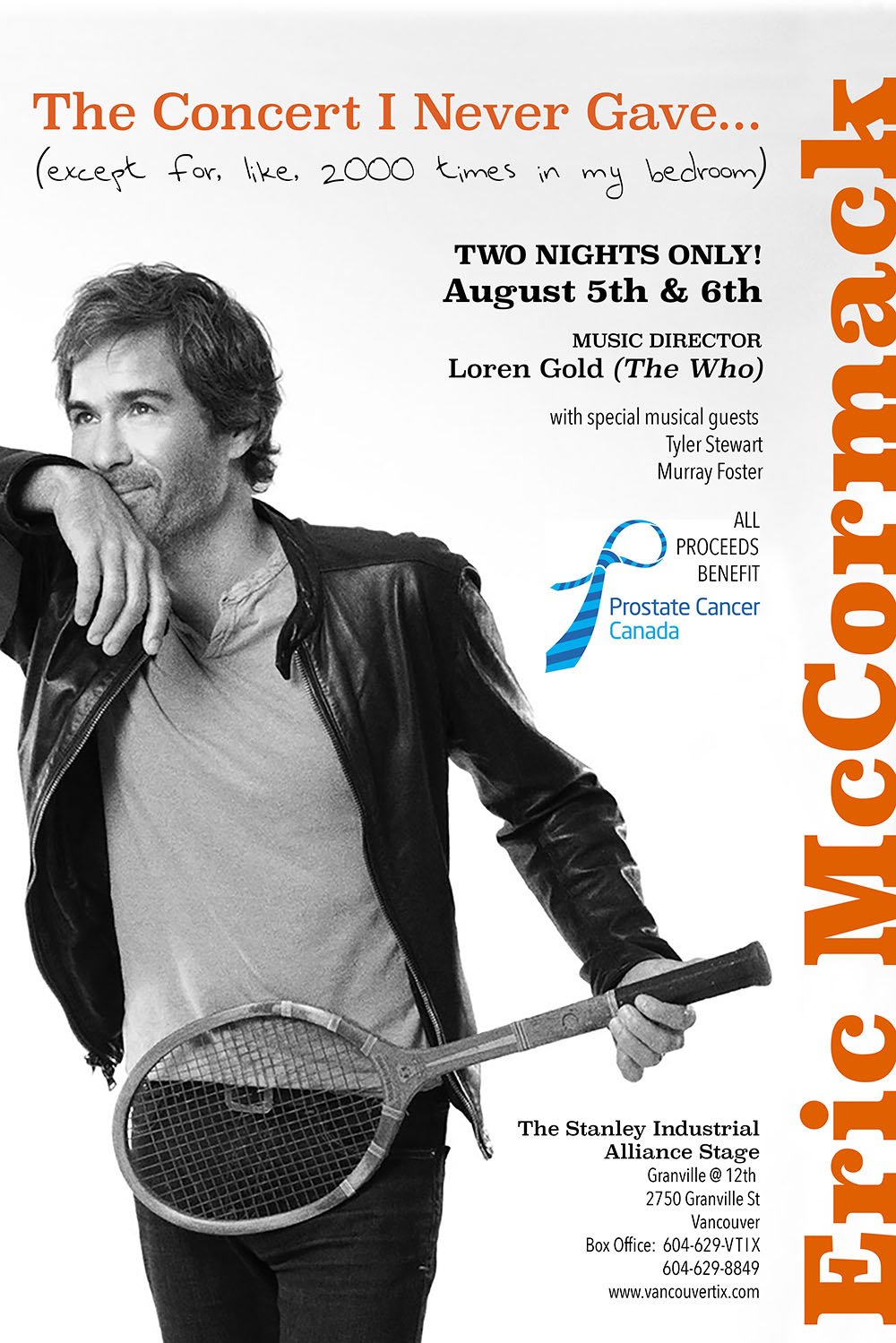 Eric McCormack will be performing in Vancouver in August