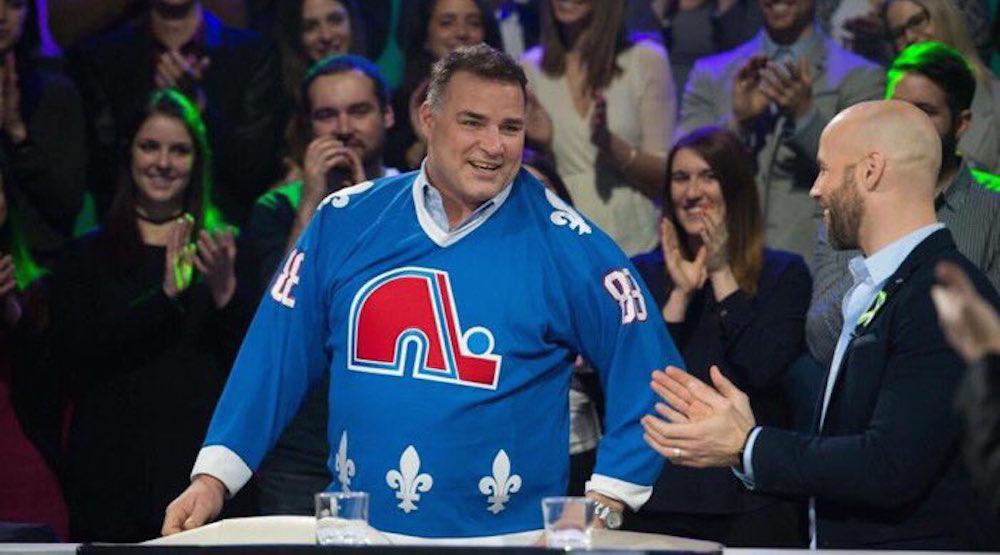 More than 25 years after he was drafted first overall by Quebec in the NHL Draft, Eric Lindros put on a Nordiques jersey.

Lindros did so on the show Tout le monde en parle in advance of a documentary called Eric Lindros revisité, which will air on RDS in Quebec.

Not only did Lindros refuse to play for the struggling franchise back in 1991, ‘The Next One’ refused to even put the jersey on when his name was called.

That sparked a season-long saga, with Lindros sitting out the entirety of the 1991-92 season. He was eventually traded twice (yes, twice), with Quebec reaching a deal with the New York Rangers and Philadelphia Flyers on the same day. That sparked another saga, where the NHL had to decide who he was in fact traded to.

Lindros moved on to Philadelphia and was hated in the province of Quebec ever since.

Lindros has since said that his problem was with Nordiques owner Marcel Aubut, not French Canadians. Given that, it shouldn’t come as a surprise that Lindros got married in Montreal four years ago to Kina Lamarche, a bilingual Quebecer.

But if time hadn’t already healed this wound, maybe finally donning a Nordiques jersey will.