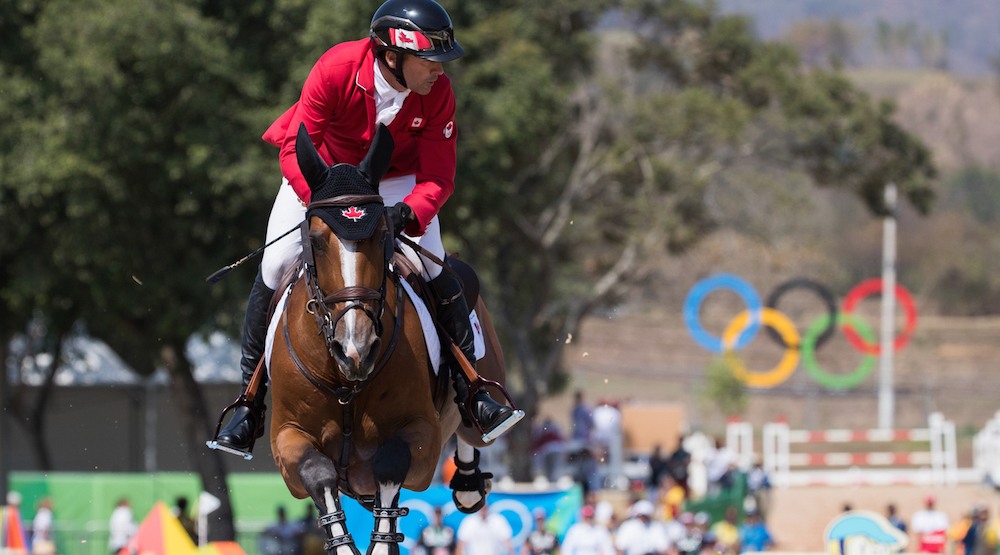 Eric Lamaze has won Canada’s 21st medal at Rio 2016, winning bronze in equestrian jumping. Riding his horse ‘Fine Lady’, Lamaze was in a six-way jump off for a chance at gold.

#CAN Eric Lamaze will be in a 6-way jump off for #Gold! #EquestrianJumping #Rio2016 https://t.co/qJrLINHndW https://t.co/4BZlSNuqLZ

In the end, Lamaze won bronze, completing his Olympic medal set. The 48-year-old from Schomberg, Ontario won gold and silver in 2008.

This was a surprise medal for Lamaze, who was riding a different horse than the one he won with in 2008.

“She was never bought for that,” Lamaze said of Fine Lady. “She just became like this and grew into it. So many great riders were having a mishap. It was such a strong field of horses and she kept up with them.”

“After Hong Kong and what happened with Hickstead (his winning horse dying a sudden death right after crossing the finish line at a big show afterwards) I never thought this would happen again. There were times when I was not sure if I wanted to keep going. But this makes it all worth it.”