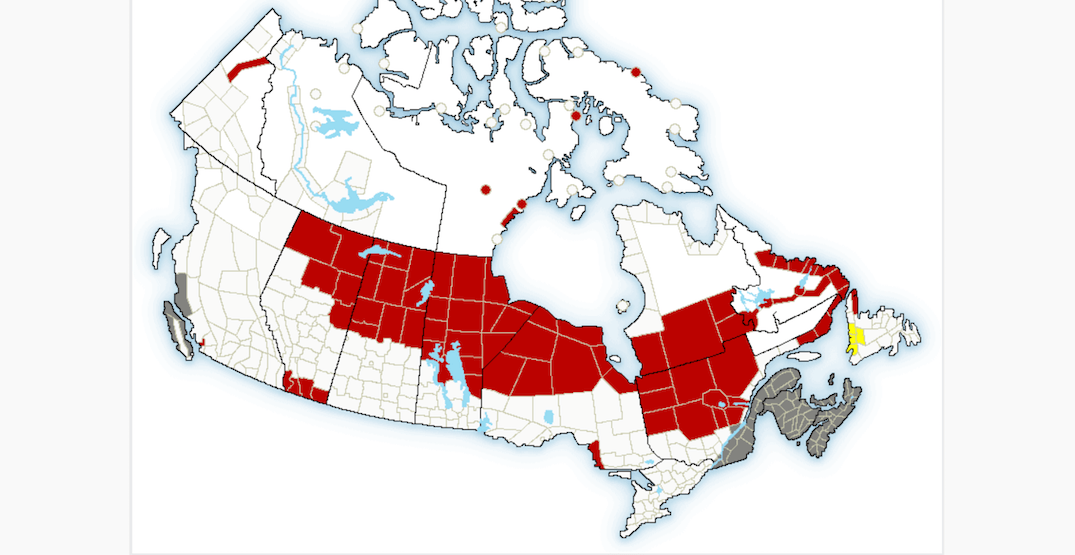 Extreme cold is creeping into  Canada, and Environment Canada’s weather alert map has turned a dark red as a result.

The map — which shows warnings in red, statements in grey, and watches in yellow — features an unending wall of red stretching from northern Alberta straight across to the Atlantic shores of Labrador.

The extreme cold that Environment Canada is warning of is in reaction to what the alerts describe as “a frigid airmass” combining with winds to bring temperatures down to as low as -40°C.

The threat of frostbite is very real for anyone in the regions, and the warnings state that it can develop on exposed skin within mere minutes, thanks to the wind chill.

Extreme cold warnings are only issued by Environment Canada when temperatures reach levels that could cause hypothermia or frostbite.

The grey portion of the weather alert map that covers the maritime provinces is due to a special weather statement warning of a winter storm expected for this weekend.