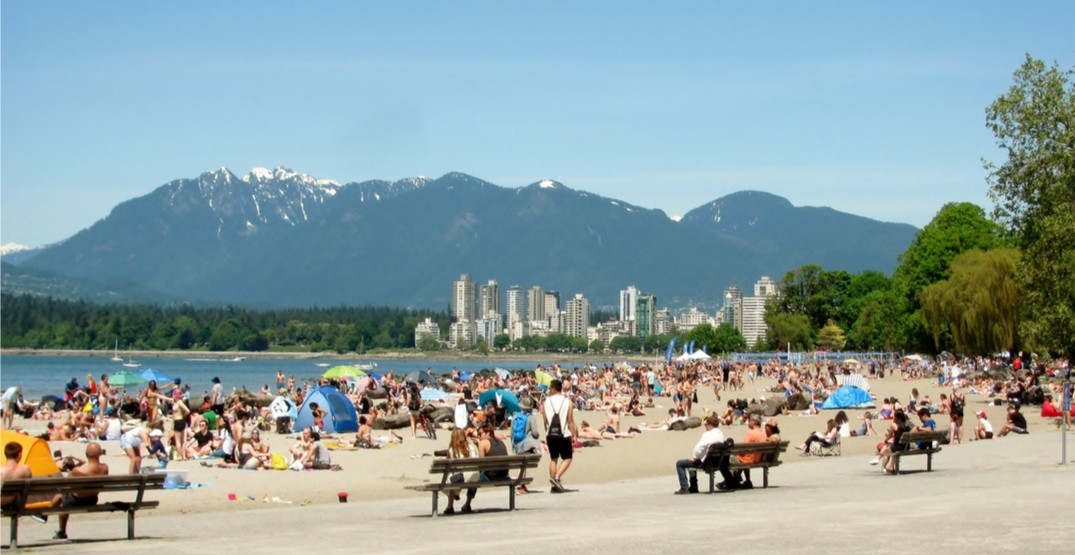 Environment Canada has issued a special weather statement for Metro Vancouver ahead of the first heat wave of the summer.

The federal weather agency says temperatures will feel like 32°C in the region’s inland areas, away from the moderating influence of sea water.

“Sunny skies and very warm air are on tap for the next several days as a strong ridge of high pressure envelopes British Columbia,” reads the statement. “Temperatures away from the coast will reach the low thirties today and Tuesday, which is about 10 degrees above averages for the middle of June.”

The warm weather is expected to continue until the middle of the week, when temperatures begin to cool around Thursday.

And in typical Vancouver fashion, the rain returns just before the weekend.

Time to switch out the umbrellas for the sunscreen… until Friday at least.