Every year, millions of salmon are spawned in B.C.’s rivers, then swim out and grow up in the ocean. Some however, get caught while swimming back to the same rivers they were born in. What people don’t understand, is who catches the salmon matters, to the salmon, the rivers and to B.C.

Nuu-chah-nulth First Nations living on the west coast of Vancouver Island have relied, for thousands of years, on salmon as a principal food source. Yet today, some Nuu-chah-nulth fishers can barely feed their families.

In 2009, five Nuu-chah-nulth First Nations won the rights by the BC Supreme Court to fish and commercially sell all species of fish on Vancouver Island’s west coast. Rights upheld in 2014 by Canada’s highest court, the Supreme Court of Canada. Even so, exercising these recognized rights has been stalled by Canada’s government.

When it comes to the fisherman who wade in B.C. waters, salmon would prefer to be on the other end of a Nuu-chah-nulth fisher’s line. For centuries, Nuu-chah-nulth communities have fished responsibly and acted as environmental stewards on the west coast of Vancouver Island. Using conservation-based fishing practices that are in tune with fish cycles and complex ecosystems they have sustainably harvested aquatic resources from their communities for hundreds of years. 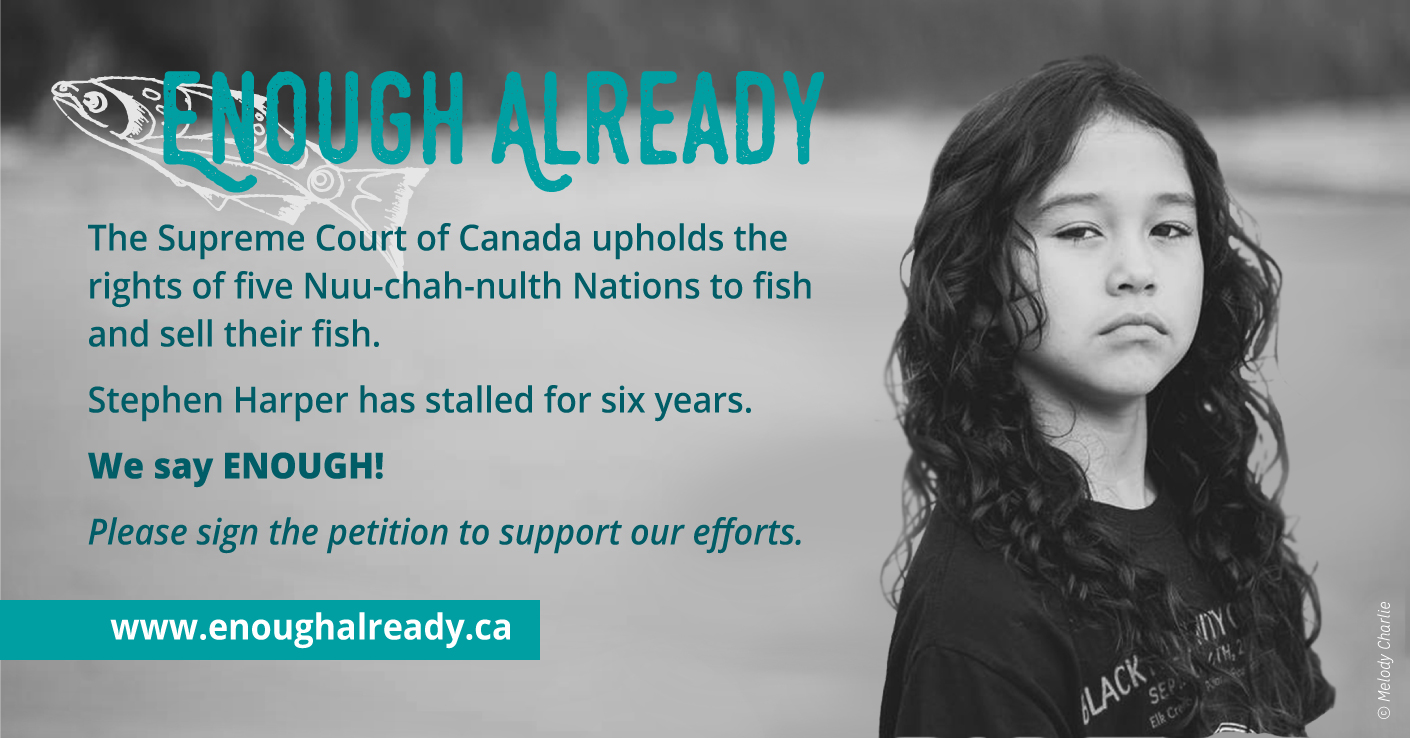 With the future of pacific salmon becoming increasingly important here are five reasons why you should support the Enough Already campaign for Nuu-chah-nulth fishing rights:

1. The rights of five Nuu-chah-nulth Nations to fish and sell fish are recognized by the BC Supreme Court and upheld by the Supreme Court of Canada.

2. Nuu-chah-nulth First Nations are fishing people, dependent on the sea’s resources for their food and their economies.

5. There’s nothing fishy about supporting Canadians to feed their families and contribute to the local economy.