English Bay in Vancouver has long been a popular destination for both the region’s residents and visitors for water-based recreational activities, crab trapping and sunset watching.

While Vancouverites are still several weeks away from flocking to the beaches to bask in summer weather, today’s bunker fuel oil spill incident has residents wondering what exactly is bunker fuel – the substance that was spilled into the waters by a cargo ship carrying grain.

The City of Vancouver was only alerted by the federal government about the spill 12 hours after the fact, which is a major cause for public safety concern. A public warning was not issued until this morning.

Officials believe 2,800 litres of oil was released into the waters, and as of late Thursday afternoon about 1,400 litres have been recovered.

What is bunker fuel?

Bunker fuel is a residual oil left over during the crude oil refining process – the leftover substance during the production process to create diesel and gasoline.

The oil is used to run combustion systems required to generate electricity, such as the diesel power systems on ocean vessels. Other recommended uses for bunker fuel include boilers and furnaces.

The substance is one of the heaviest and densest oils available. The only substances more dense than bunker fuel are carbon black used to manufacture tires and bituminous residue for asphalt pavement.

When the oil is mixed into bodies of water, it tends to spread rather than retain as a single oil slick – breaking into tar balls or patches. Between five to 10 per cent of the substance, the lighter hydrocarbons, will evaporate into the air hours after the release while the remaining quantities will often sink.

According to marine fuel oil data by Shell, bunker fuel is highly carcinogenic and toxic. These are the possible health hazards of being in contact with bunker fuel:

The substance may also contain hydrogen sulphide in liquid or vapour form, which could be fatal if inhaled.

Throughout the day, police and park rangers have been stationed at the downtown beach areas to keep the public from going into the water.

The Vancouver Aquarium has offered its services in monitoring the effects of the oil spill on aquatic species in the area. It is preparing a rapid response team to ensure affected seabirds and marine mammals receive the urgent treatment they may require. 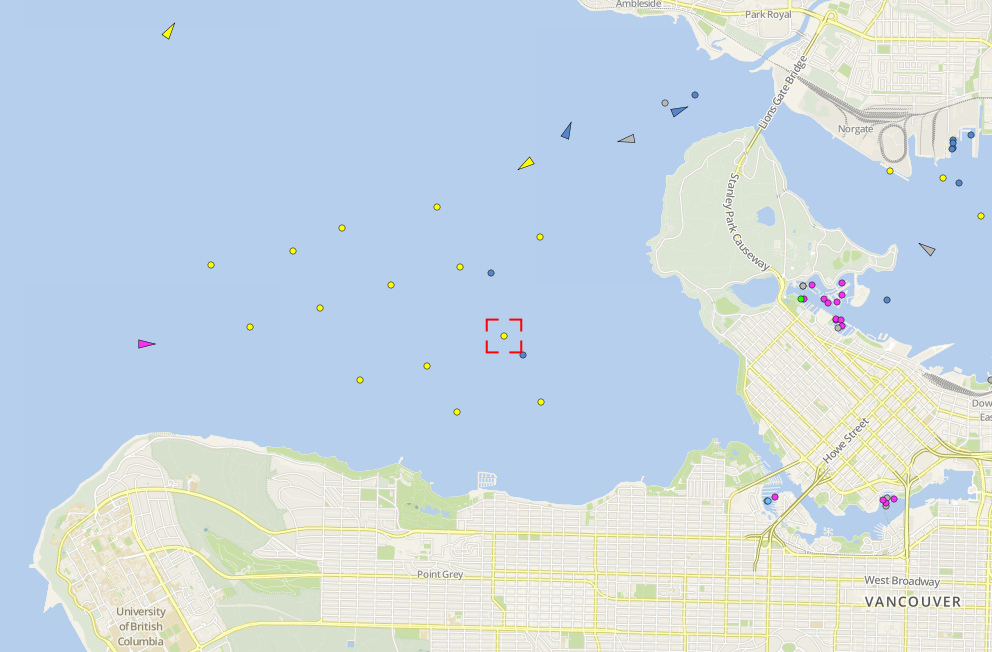