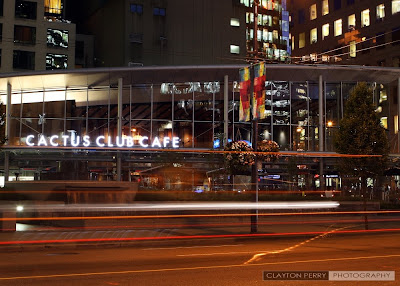 For years the fate of the English Bay Bistro’s has been delayed. Yesterday we finally learned what the city plans to do with that space. The City of Vancouver will lease it out to Cactus Club for a cool $20,000 a month plus 4% revenues. Not too shabby of a deal for the City of Vancouver.

Now I know many West End residents will complain about a chain taking over the site and infringing on their neighbourhoods character, even though there are numerous chains already in the West End., I can understand somewhat where they are coming from. However, financially the numbers don’t make much sense for an independant to come in. I don’t know too many mom and pops that can afford $20,000 grand in rent plus a 4% royalty to the city. At least with Cactus Club you know what you get and since Feenie became the head chef the food has been much better.  Furthermore, there are plans to have a cheaper take out menu available.

The new restaurant is set to open June 2011 in time for the fireworks that summer. However, by then the fireworks maybe canceled, yet again so…