Sometimes, setting is everything. The Enchanted Evenings concert series is back at Dr Sun Yat-Sen Classical Chinese Garden, featuring an eclectic mix of well-known Vancouver musicians from different genres and backgrounds. The series is now in its 22nd year, and draws its roots from when local musician Qui Xia He came to the Garden with a novel idea.

Set against the stunning backdrop of the classical garden, the outdoors concert is always a treat. Audiences can pre-order a picnic-style dinner, or indulge in a variety of wine, beer, and other non-alcoholic beverages. The intermission gives plenty of time for concert-goers to stretch their legs along the many walkways. Admission is included in the ticket price, which makes this summer series light on the pocket while being truly enjoyable on the ears. 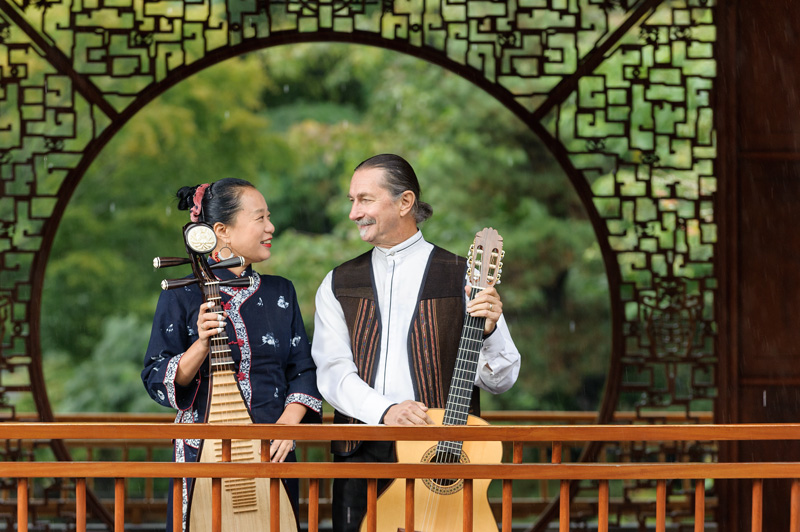 1) What is the history of Silk Road Music?

I immigrated to Vancouver and decide to continue my music career, forming Silk Road Music in 1991. In China, I was a trained professional musician and taught the pipa. I came over to Canada on tour and ended up staying in Vancouver to continue with my life. After a while, I realized that I didn’t want to do anything but play music, and it’s become my full-time pursuit for the last 20 years.

Since then, Silk Road Music has been traveling all around the world, and is currently on tour in Canada and the United States.

2) What’s special about the Enchanted Evenings concert on August 20th?

Our collaborator this year, Davide Sampaolo, just arrived one year ago from Rome. His passion is playing the Spanish cajón – a wooden box commonly used in flamenco music. Davide is trained in flamenco style, and is used to accompanying singers, dancers and guitars. Because of that, there’s a heightened sensibility of listening to dynamics and rhythm patterns.

For the Enchanted Evenings concert, I have the intention of bringing something new every time. We have to refresh ourselves as our loyal audiences know what we do already. 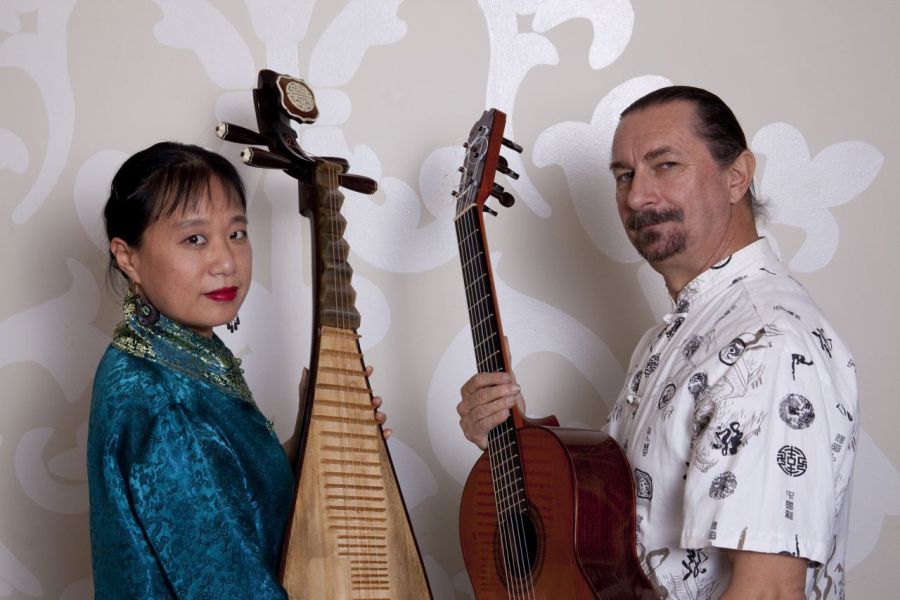 3) Why did you establish the Enchanted Evenings series?

When I first began playing music in Vancouver, the garden was a beautiful space, but it was very still. It was like an old museum with a closed door. Now it’s so vibrant; when I sat in the beautiful Chinese garden, I thought, why not add music? It’s just a magical setting, I love the spot.

When we began, people didn’t know about the series so we had to really get the word out. The garden has put a lot of effort into making it happen, especially since the attraction has become quite the hot spot over the years. Gradually, the program started changing to accommodate the local community. It’s become a very eclectic mix, because Vancouverites are very open to fusion and different cultures. That’s who we are.