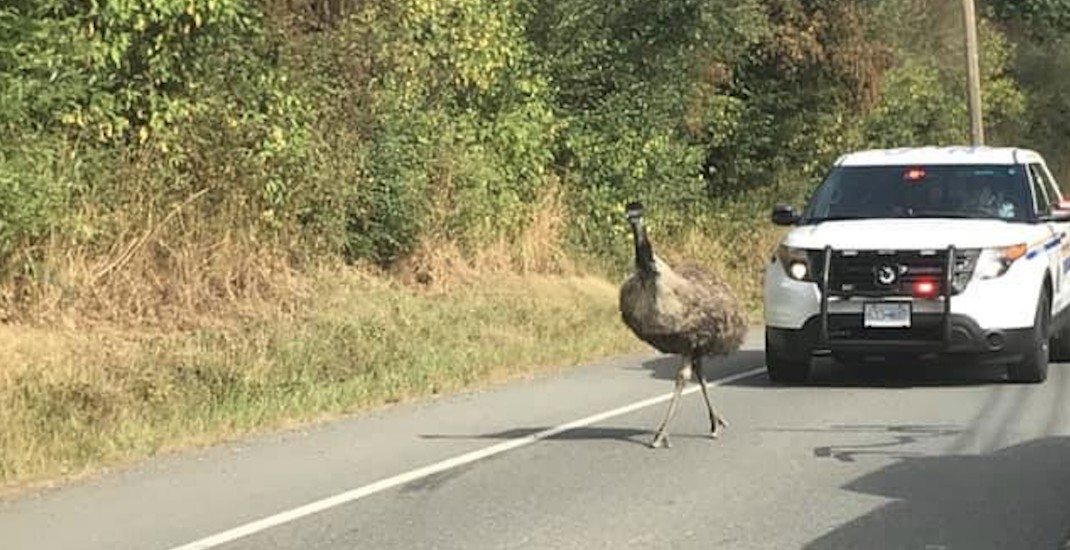 Police on Vancouver Island were involved in an unusual chase yesterday that definitely ruffled some feathers.

Frontline officers with North Cowichan Duncan RCMP were on routine patrols in the 8000 block of Chemainus Road on Tuesday morning when they came across a 5’7″ emu that had escaped from a nearby farm.

Police say the 100-pound flightless bird was disrupting traffic and they “quickly discovered that it was a safety concern for passing motorists, pedestrians, and residents.” 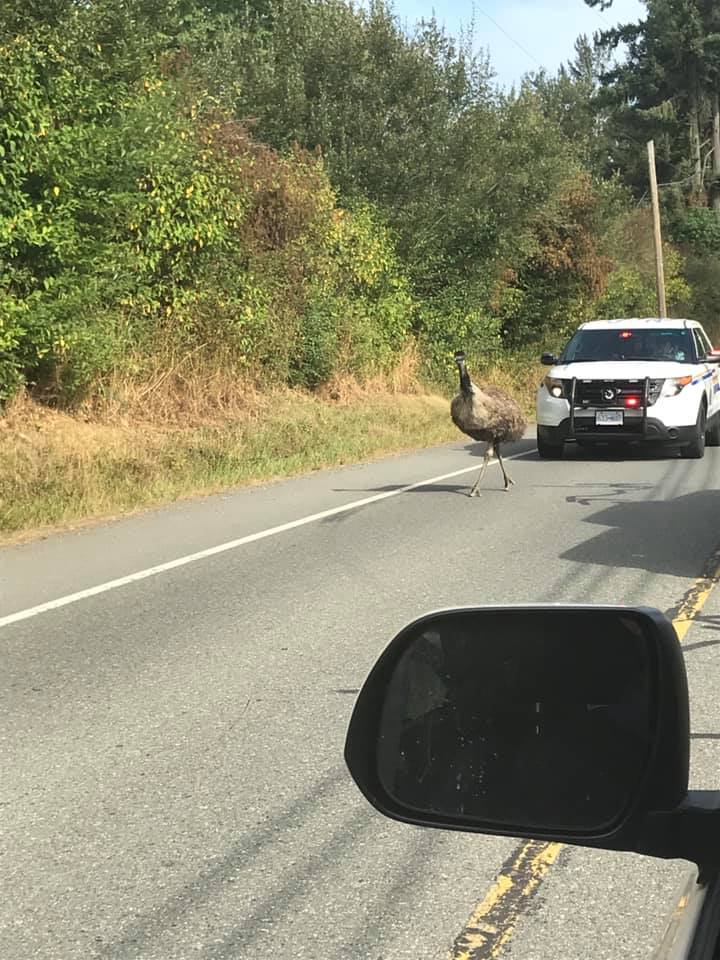 Officers blocked traffic on the road in both directions for approximately 30 minutes as they attempted to calm the emu and capture it. Animal Control also attended the scene.

The emu was easily agitated and acted aggressively towards officers. Police and animal control decided the best way to subdue the animal was to use a Taser.

The Taser was discharged and the emu was secured by officers. It was then transported to a nearby farm at the owner’s request.

Our primary concern is always safety… not only to the public and to our officers, but also to animals. We are pleased that officers were able to maintain public safety while using as little force as necessary towards the aggressive emu to ensure its safe return to a nearby farm, said Sgt. Chris Swain, with North Cowichan/Duncan RCMP, in a release.

Police say the emu appeared to be uninjured from the incident.