Tetsuro Shigematsu is a terrible actor. He states as much in the one-man show Empire of the Son, which is currently enjoying a sold-out world premiere and hold over at The Cultch. Shigematsu’s work is poised to be one of the most important of the season, both for execution and what the play symbolizes about our Canadian identity.

Written by and starring Tetsuro Shigematsu (former host of CBC’s “The Roundup”), Empire of the Son is the story of his personal relationship with his father who is now dying. Separated by a generation but connected by blood, Tetsuro and his father speak different languages and possess different values, but what has kept them apart is their similarities. 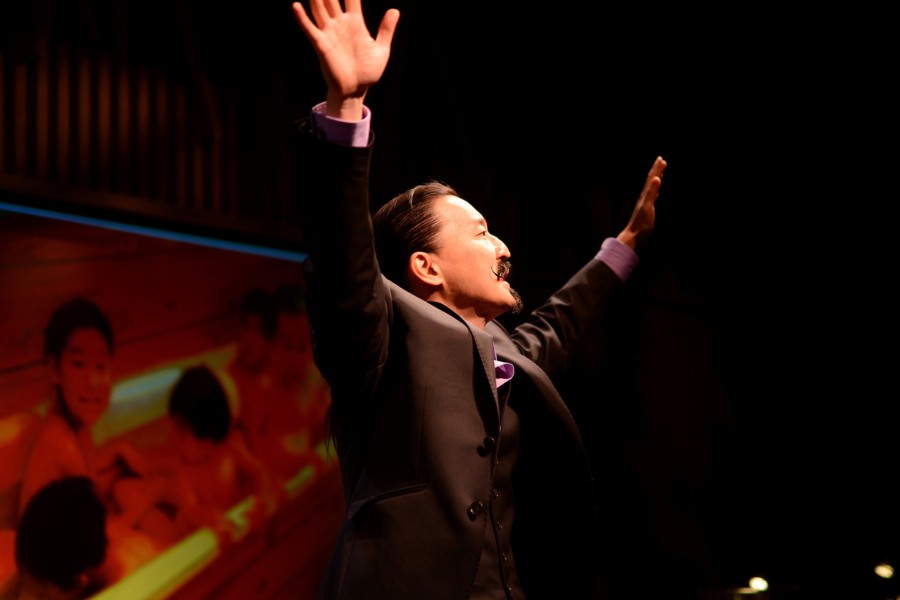 With all the recent talk about diversity in theatre here in Vancouver and internationally, few productions are actually hitting the mark when it comes to both cast and creative. To bill Empire as ‘ethnic’ redress, however, would be missing the mark entirely. Empire is about two people who couldn’t understand each other in life, struggling to find meaning during the experience of dying. Through his intimately drawn family memoirs, Shigematsu gently reminds us how relatable we are, despite differences in background and race.

Empire is also about the classic divide between first-generation immigrants and their Westernized children; about the expectations, both imposed and self-inflicted, which become a part of everyday life. The unchronological story peels back Shigematsu’s relationships layer by layer, dwelling on moments of humour where one would expect grief. The ways of animating conversations with minimal props and fingers are beautiful in their simplicity, and the use of a camera and projector does not distract from the storytelling. Everything about this production is understated, purposefully, giving the audience space to consider their own interpretations. 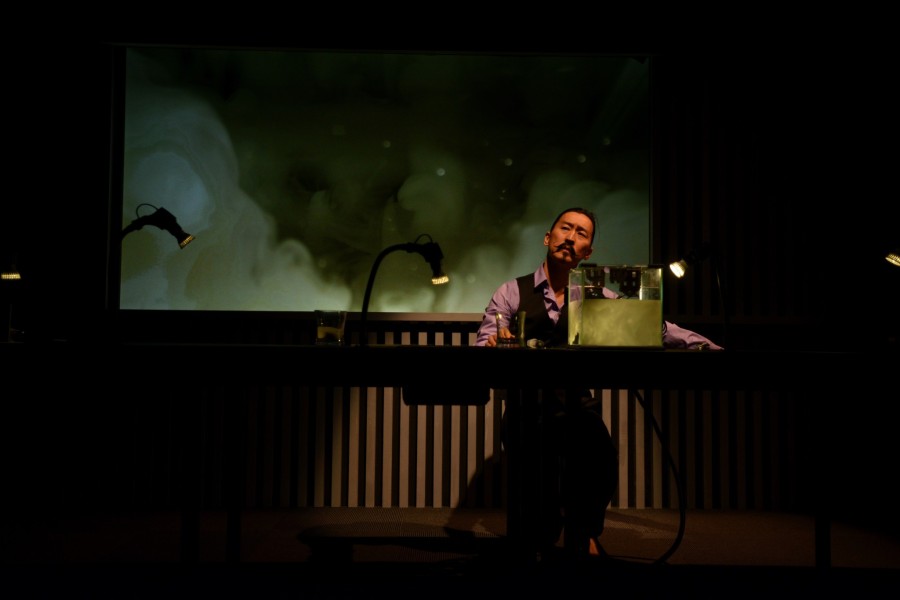 Shigematsu’s depiction of his father doesn’t go for the easy sympathy of a dying family member, but instead dwells on his mysteries and imperfections. In refusing to relegate his father to sainthood, Shigematsu’s dad becomes a living, breathing part of the production, a spectacular homage to a modest man living in remarkable times. We find instances of resistance and spirit, veiled in a passivity that the son still can’t understand. The other family members are just as affectionally portrayed, but it’s evident what drove Shigematsu to create and share Empire, and what drives him to a raw, unaffected performance every night.

Unlike many shows on the topic, Empire’s pacing is about the give and take. The emotion doesn’t build to hit you like a brick wall, and intentional pauses give audiences time to stop and consider their own feelings. Shigematsu’s ‘modern’ man strives for truthfulness over sympathy, a matter-of-fact storytelling that is all the more impactful in its understatement.

Empire of the Son plays at The Cultch until October 24. Limited tickets available here.