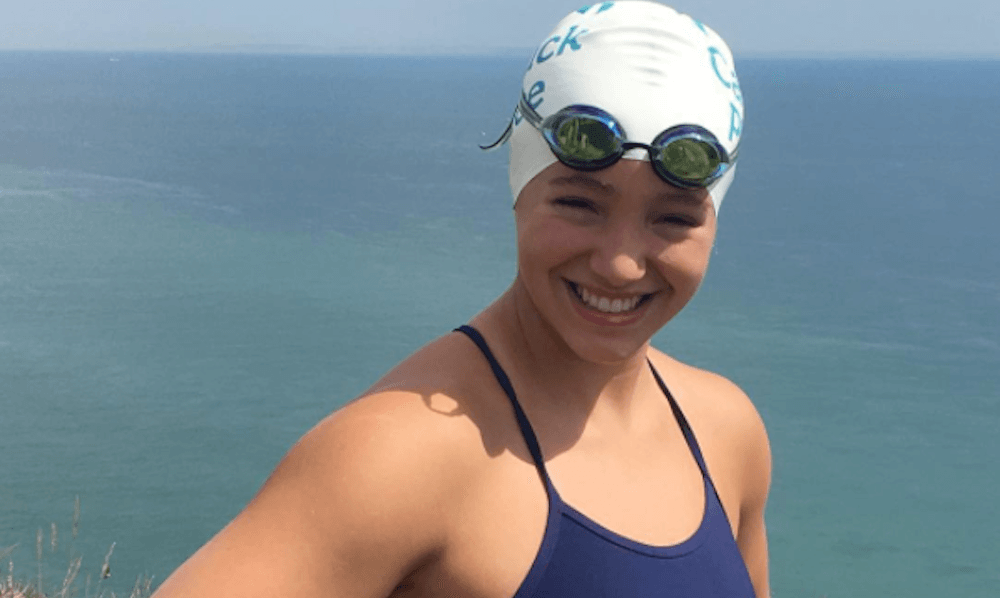 Emily Epp, a 17-year-old swimmer from Kelowna, has successfully swam the English Channel.

The teenager, who swims with the Kelowna Aquajets back home, finished the 35-kilometre solo swim in a time of 11 hours and 57 minutes.

The fastest person to swim the English Channel did it in over seven hours, while the slowest took about 27 hours. Emily has become one of the youngest to complete the feat.

It was a sunny afternoon in the UK when Emily started her swim 4 hours ago! #emilysswim https://t.co/qAfsblalSs pic.twitter.com/lgIMHAqYIf

Considered to be the ultimate long distance challenge, distance is only part of the difficulty. The body of water between England and France is very cold. Emily prepared for the challenge by swimming 35 kilometres around Bowen Island in June.

“You don’t meet many teenagers who are this focused,” her coach Brent Hobbs said last month.

“This is a personal goal for Emily but there’s much more to it for her. She’s really doing this to honour her sister.”

Emily has completed the physical challenge, but she is still in pursuit of her goal.

Emily’s sister Elan has been part of the Canuck Place Children’s Hospice since 2012. Elan has experienced many health challenges since she was 18 months old, including diminished motor control, recurrent acute pancreatitis, feeding intolerance, severe scoliosis, and hip dislocations.