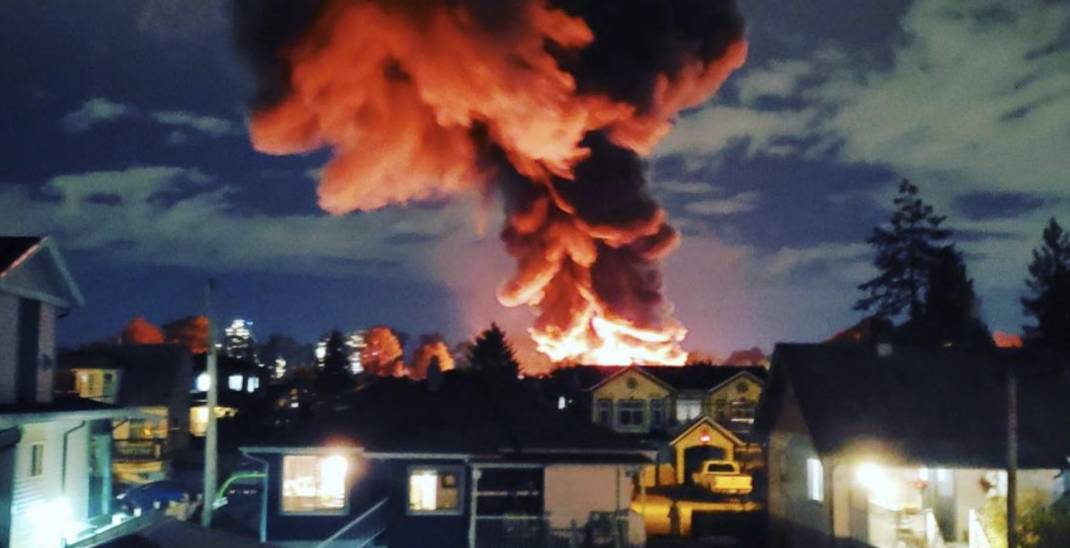 Emergency crews are currently responding to a large fire burning in Queensborough.

According to the City of New Westminster, fire crews are on scene in the area of Derwent Way and Salter Street.

New Westminster Fire and Rescue Services are currently responding to a major fire in Queensborough in the area of Derwent Way and Salter St. The public is asked to avoid the area and residents should close their windows and remain indoors. #NewWest

🚨Happening Now🚨
Fire in the Queensborough neighbourhood of New West.
Please avoid the area of Boyne St. to let emergency crews do their work.#NewWestFire

Footage shared on social media shows thick plumes of smoke in the sky.

Huge fire broke down in Queensborough New Westminster BC. Lot of residents near by. And Fire fighters fighting really hard. 2020 is one such year 🙁 #news1130 #vancouver #cbcnews #queenborough #dailyhive #newwestminster pic.twitter.com/jFXuvcVDKp

Additional video footage shows the fire to be burning in an industrial area.

The blaze comes nearly a month after the devastating fire that caused extensive damage to New Westminster Pier Park.

This is a developing story…