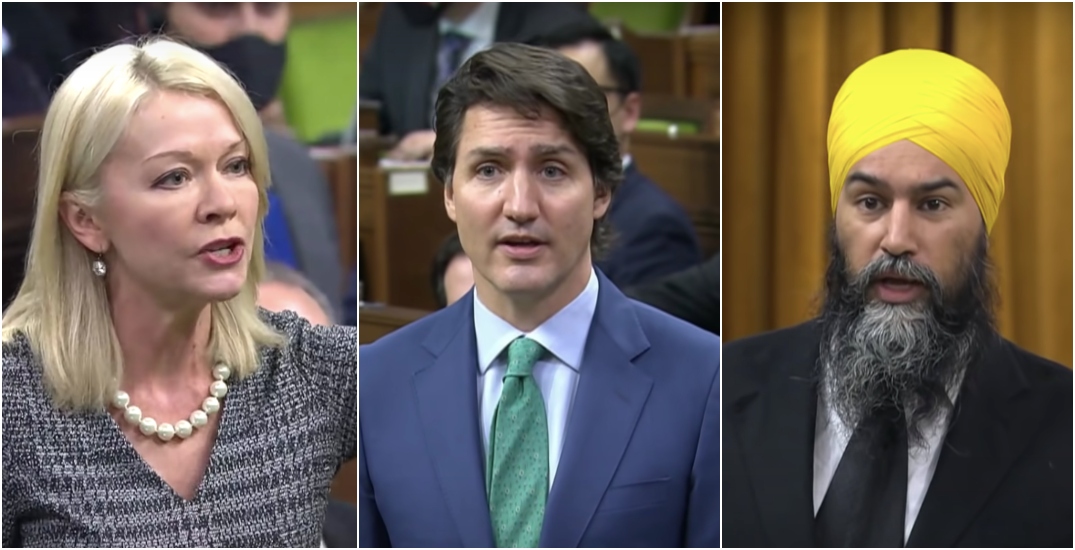 A vote will take place on Monday night, finalizing whether or not Prime Minister Justin Trudeau’s controversial emergency proclamation will pass through Parliament.

Liberals are making the case in the pivotal debate that the never-before-used act was a “last resort,” according to Trudeau, citing that the “situation could not be dealt with under any other law in Canada.”

Opposition parties say the protests do not warrant the unprecedented Emergencies Act  — which grants additional powers to the government in an effort to send the protesters home.

Conservative interim leader Candice Bergen said the Liberal government’s move is both “historic” and “extremely disappointing” as she outlined why her party will vote against the controversial decision.

Referring to the protestors, Bergen said these “folks would have moved on had the prime minister decided he actually wanted to listen.”

Bergen says Trudeaus decision to impose COVID-19 vaccine mandates for cross-border truckers fueled a fire that helped to increase tensions across the country for the better part of three months.

“Without even a single meeting with a trucker, without talking through one of their concerns, without apologizing for his insults and listening to what people have to say, without using any other tool at his disposal, he has used this overreach, this Emergencies Act, and it’s wrong,” she said.

Bergen says Trudeau is acting to “save his own political skin” while failing to listen to opposing views.

Opposition leaders cite the blockade that was cleared in Alberta and Southern Ontario as proof that protestors can be moved without the need for special powers.

The Prime Minister’s actions are not consistent with Canadians’ fundamental freedoms. Conservatives say NO to this Emergencies Act. pic.twitter.com/tTfGony06O

Earlier this week, NDP Leader Jagmeet Singh said his party “would support it” if the Emergencies Act was brought to the House of Commons.

Singh says NDP would “withdraw support if powers were being misused.”

Bergen noted that “history will not be kind” to NDP or Liberal MPs who endorse the measure.

On Thursday, Deputy Minister Chrystia Freeland acknowledged that the Emergencies Act is “already in effect” that the “consequences are real” and stressed it’s time for protestors and truckers to “go home.”

Bloc Québécois Leader Yves-François Blanchet told the House on Thursday that the Quebec government does not want the emergency powers used in the province, and the Bloc will vote against the measure on a federal level.

Because of the nature of an emergency act, the initiative has already gone into effect and must be debated in the House, where it will either pass through or fail. Should it fail, the Emergencies Act will be repealed. If passed, it will be in effect for 30 days.

The House of Commons has 338 members, and a majority vote would need to take place in order for the Emergencies Act to be revoked. The Liberals have 159 seats, Conservatives 119, Bloc Québécois 32, NDP 25, Green Party has two, and Independent has one.

After the weekend-long debate continues, the vote will take on Monday at 8 pm after a 14-hour sitting at the House.

House of Commons Sittings can be watched through the weekend on the government website.