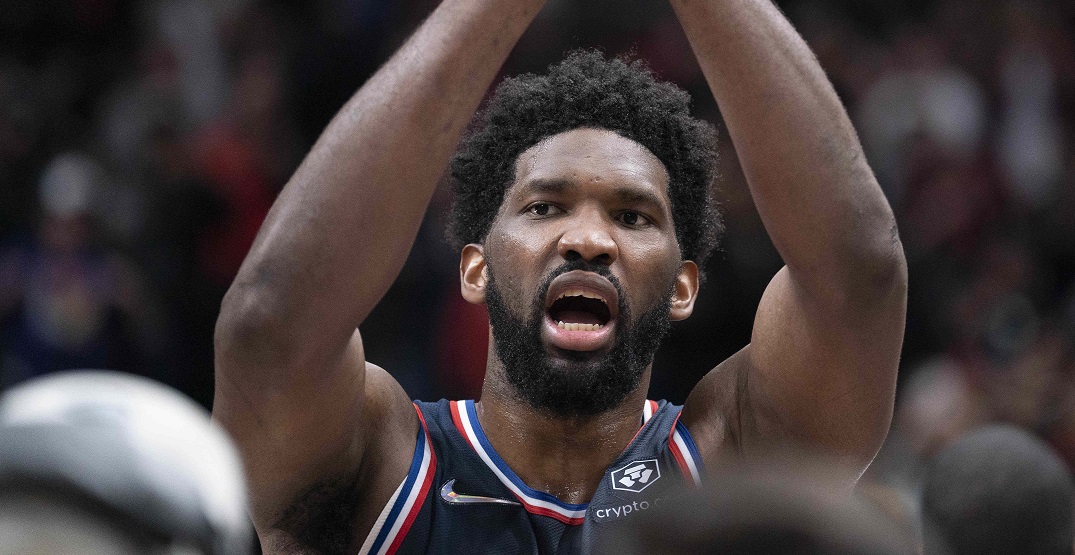 Philadelphia 76ers centre Joel Embiid is a little bit lighter in the pocketbook after being fined for speaking his mind following the Raptors’ Game 4 victory on Saturday.

“Philadelphia 76ers center Joel Embiid has been fined $15,000 for public criticism of the officiating. It was announced today by Byron Spruell, President, League Operations,” the NBA said in a statement. “Embiid made his remarks to the media following the 76ers’ 110-102 loss to the Toronto Raptors in Game 4 of their first-round playoff series on April 23 at Scotiabank Arena.”

In the most literal sense, Embiid didn’t actually criticize the refereeing. But it seems the league saw right through his sarcastic tone.

“I’m going to take my own advice and not complain about fouls,” Embiid told reporters postgame on Saturday. “They did a great job. I admire the job that they did today. To me, it felt like they had one job coming in here tonight, and they got it done, so congrats to them.”

Embiid also clapped in the direction of the officials as he exited the floor, leading to Fred VanVleet clapping at Embiid in the tunnel leading to the two locker rooms.

Officiating has been a key storyline of the series, following some comments following Game 1 from Raptors’ coach Nick Nurse, saying that “Nobody can guard [Embiid] if they’re gonna let him run you over.”

After Game 2, Embiid told reporters that he told Nurse to “stop bitching” about foul calls.