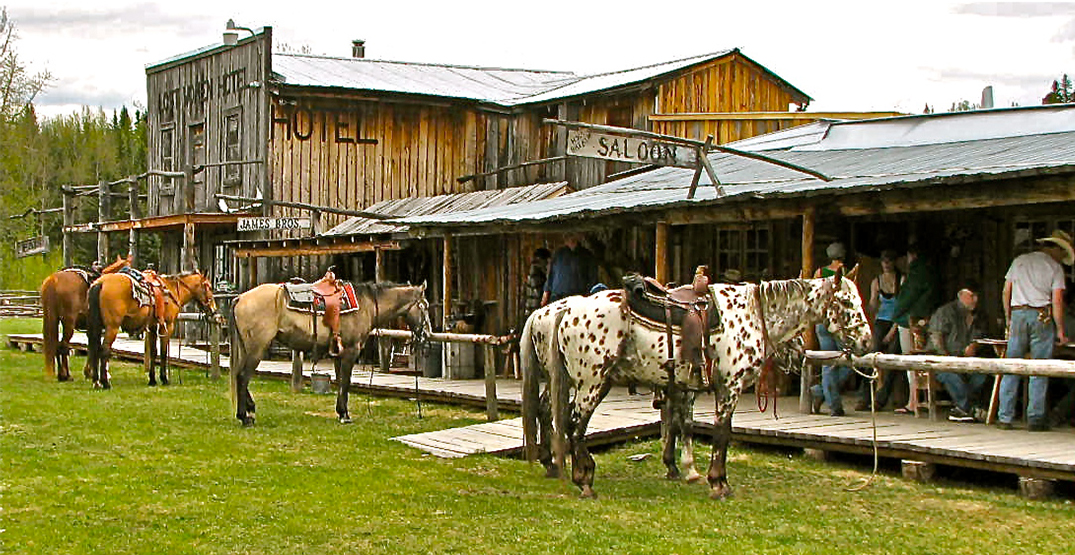 Ever dreamed of owning your very own slice of the wild west?

It could be a reality if you put in a bid for Em-Te Town southwest of Edmonton. The name comes from a Louis L’Amor western novel, and the author’s work inspired several of the property’s features.

It’s styled after a frontier town and functions as a campground, wedding venue, and western-style horseback riding facility.

“Sadly our tenure has come to an unexpected end and so we must make room for the next custodian to take over and hopefully bring this very special place to a new level while retaining its old west character,” current owner Rex Austin wrote on the property’s website.

Retired building contractor Len Mohr built the town in the 1980s before selling it in 1989, according to the property’s website. The next owners opened it to the public, and it changed hands several more times before Austin bought it about 10 years ago.

He made several upgrades to the banquet hall, kitchen, motel, and washrooms recognizing that guests are looking for modern amenities.

“I’ve tried to marry the old with the new without affecting the character of the old,” he told Daily Hive in a phone interview.

Austin grew up reading western novels, and knew the property was special when he saw it.

“It has an emotional attachment of course … I wanted to make something of it. To put it in a position where it could sustain itself in order to preserve the town,” he said.

Austin owns another business that’s been in operation for 32 years, and as he’s getting older decided he needed to focus on only one. He doesn’t think he has time to effectively manage Em-Te town anymore, so he’s selling it.

He believes the new owners will be on good footing if they decide to re-open it as a resort. There was renewed interest in the facility during the pandemic this summer, during which time Austin believes Albertans looked to explore closer to home.

“It’s such a unique place. People are sort of in wonder when they arrive and they see it for the fist time,” he said. “It’s not a ghost town. It’s a re-enactment of an old Western town.”

Realtor Darin Baxandall advertises the resort as something with “unlimited potential” on his website, adding its scenic location on a creek in Alberta’s foothills is hard to beat.

According to Realtor.ca, the frontier town sits on 61 acres and contains 85 campsites, seven cabins, an eight-room motel, a saloon, a restaurant, and a banquet hall for 250 people.