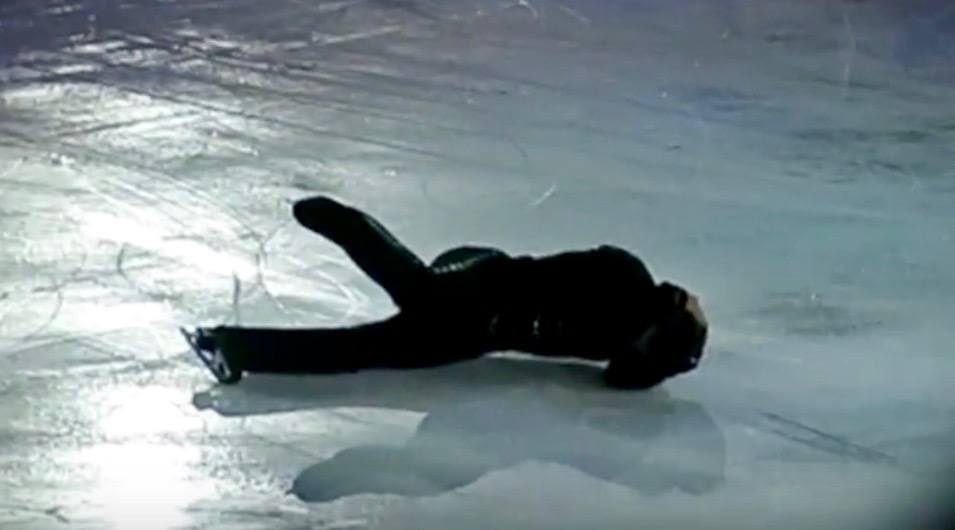 Canadian figure skater Elvis Stojko took a hard fall on Saturday night during a Stars on Ice performance in Hamilton, ON.

The former Olympian was preparing to perform a double-axel when his skate caught the ice awkwardly and Stojko fell backwards, hitting his head on the ice.

In a statement, Byron Allen, Producer of Stars on Ice offered this update:

Mr. Stojko was assisted off the ice, but under his own power. An ambulance took him to Juravinski Hospital for evaluation. He was accompanied by his wife Gladys and the tour physiotherapist. Thankfully, doctors at Juravinski Hospital diagnosed Mr. Stojko as concussion-free, at which point he was released. As a precautionary measure, Elvis will not be skating in the tour’s 4:00 PM performance today at the Budweiser Gardens in London, Ontario.

You can see Stojko being helped off the ice in this video as the crowd cheers him on. Before stepping off the rink he manages to wave to the crowd:

Here is a video of the fall.