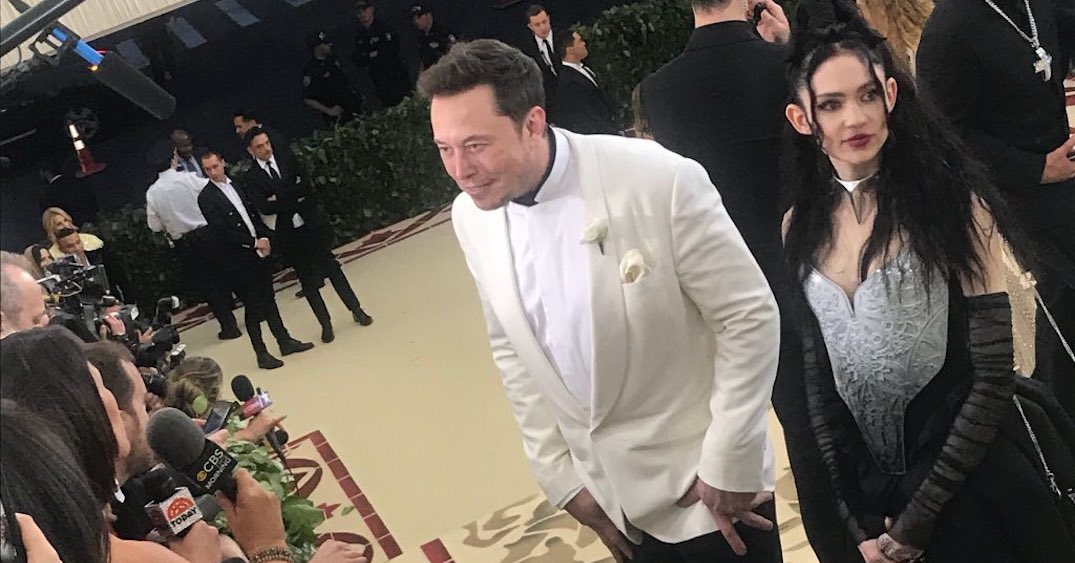 Elon Musk made headlines on Monday night, but not for his usual billionaire business.

The founder of SpaceX, co-founder and CEO of Tesla, debuted his latest relationship, and it’s with a Canadian.

Making his appearance at the elegant and ever-so-glamourous Met Gala, Musk walked the red carpet with his new girlfriend Grimes.

Grimes, whose real name is Claire Elise Boucher, is from Vancouver, and attended McGill University in Montreal.

The 30-year-old musician is 16-years younger than Musk, who has been married twice, and broke up with actress Amber Heard in 2016.

So how did the born Vancouverite meet Musk?

According to Page Six, the couple met a month ago online after Musk planned to tweet a nerdy AI joke, and found out Grimes had already made it.

“Thought experiment Roko’s Basilisk considers the hypothesis of a future where AI lords over the world and could punish those who did not help it into existence. His joke was to merge this thought experiment with a pun using “Rococo,” referring to the ornate French 18th-century baroque style, perhaps pointing out that both concepts are complex, too extreme and ridiculous,” reported Page Six.

“And while this takes some explaining, arty performer Grimes was already in on the same joke — three years ahead of Musk.”

We don’t get the joke either, but apparently the couple is smitten.

Grimes showed up to the Met wearing a Tesla necklace, and if that’s not love, we don’t know what is.