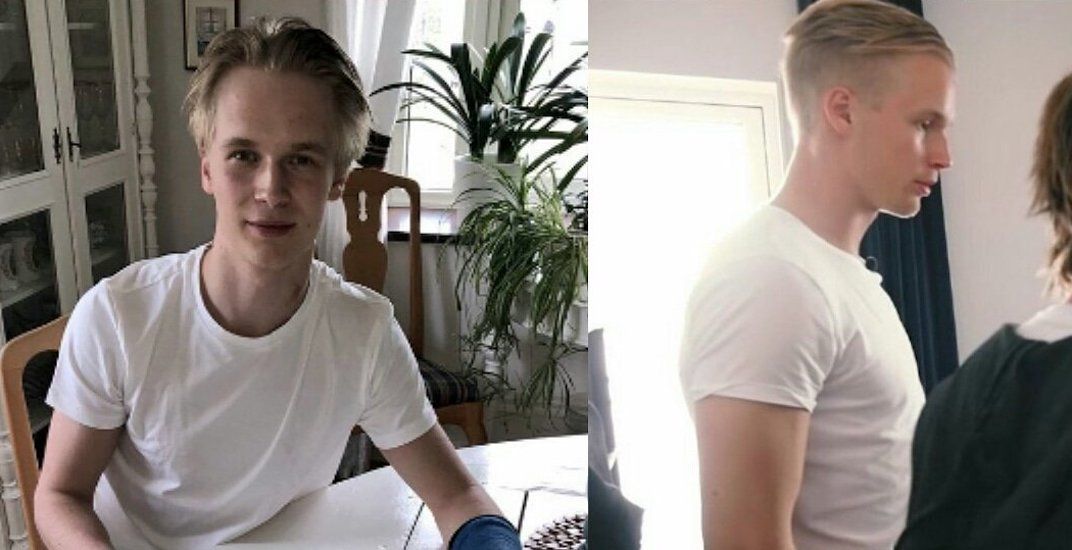 Elias Pettersson stepped foot on the ice at Rogers Arena for the first time this season, as he and a few of his Canucks teammates participated in an informal skate in advance of training camp, which begins next week.

Pettersson appears to have put in the work this summer, arriving to town with more meat (and muscle) on his bones.

Your eyes aren’t deceiving you. Pettersson admitted he has gotten bigger since we last saw him in Vancouver last April.

“Yeah, I saw a funny picture on Twitter,” he told reporters, laughing. “Maybe it’s not a big difference like Captain America, but it was a funny picture.”

While Pettersson has loathed the emphasis fans and media put on his size – he was officially listed at 6-foot-2 and 176 pounds – he did admit that his conditioning became a problem late last season.

Despite leading the Canucks in scoring and winning the Calder Trophy as NHL Rookie of the Year, Pettersson did have a noticeable drop off in his play down the stretch.

After scoring 54 points in his first 49 games, Pettersson had just 12 in his final 22 games after February 16.

“At the end of last season I felt kind of tired and not 100% energy towards every game,” he said, adding that he also set out to get quicker and improve the power in his legs.

“The last two weeks felt like a lifetime because I really wanted to come back to Vancouver.”

At this time last year, fans and media – and perhaps the organization as well – wondered if Pettersson could play a full season at the centre ice position given his lack of size and experience. He surpassed all expectations of course, quickly establishing himself as the team’s best player.

So what does he have for an encore? Maybe leading the Canucks to the playoffs.

“This summer I knew what I was preparing for. So I’ve been working a lot on my conditioning to get more leg power and hopefully to play a full 82-game season and hopefully playoffs.”

Take it away Canucks fans:

This is what can happen when you don’t make the playoffs! Extra get jacked time!

Who knew we were getting a glimpse of Elias Pettersson’s evolution two seasons ago. pic.twitter.com/rlgjBDkbGV