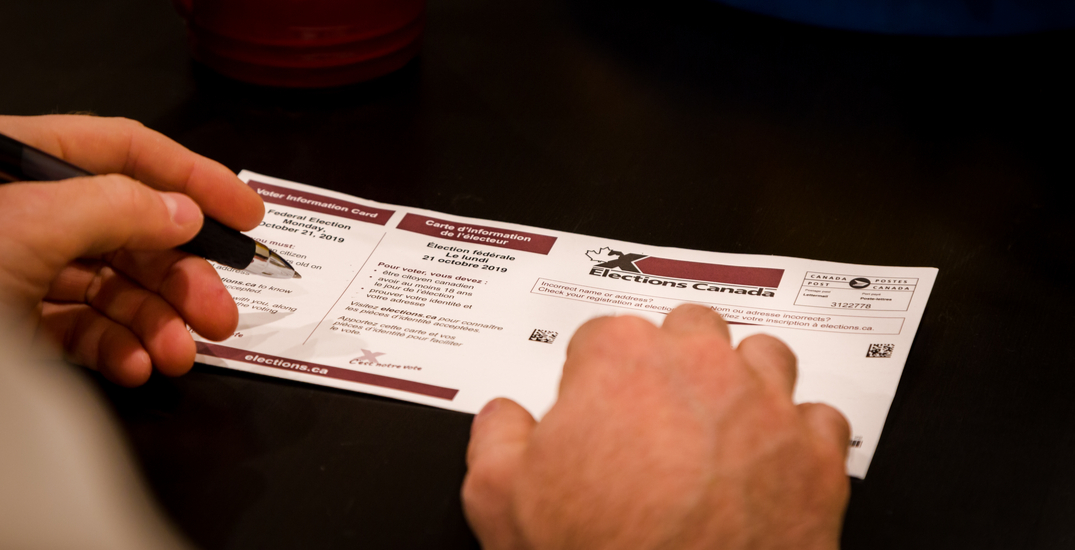 A person filling out a voter information card during the 2019 Federal election (Adam Melnyk/Shutterstock).

Canadians who refuse to wear a mask for non-medical reasons may be barred from casting ballots in person on September 20.

He encourages people who refuse to wear a mask to vote by mail instead.

Meanwhile, Perrault is defending Elections Canada’s decision not to require poll workers to be fully vaccinated.

He says polling places are a highly controlled environment where strict safety measures will be employed and he expects most poll workers will be fully vaccinated in any event.

However, Perrault says consultations with public health authorities continue and the agency’s safety measures may yet be adjusted.