An elderly pedestrian has succumbed to his injuries after spending more than a week in the hospital.

The 80-year-old Vancouver resident was struck by a car on Friday, November 2 in South Vancouver.

The incident took place at 10:30 am. Police officers were called to a collision at the intersection of Southeast Marine Drive and Victoria Drive. 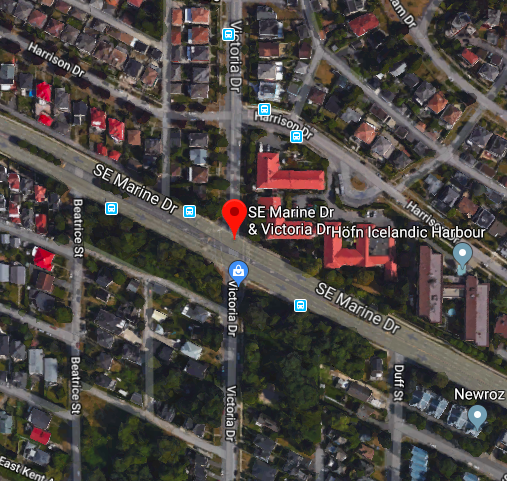 The male pedestrian was in a marked crosswalk and struck by a white Mazda.

He was rushed to the hospital with serious injuries but unfortunately did not survive.

The driver of the vehicle remained on scene and is continuing to cooperate with investigators. There has been no mention whether speed, distracted driving, or impaired driving played any part in the incident.

This is the seventh pedestrian fatality of 2018.