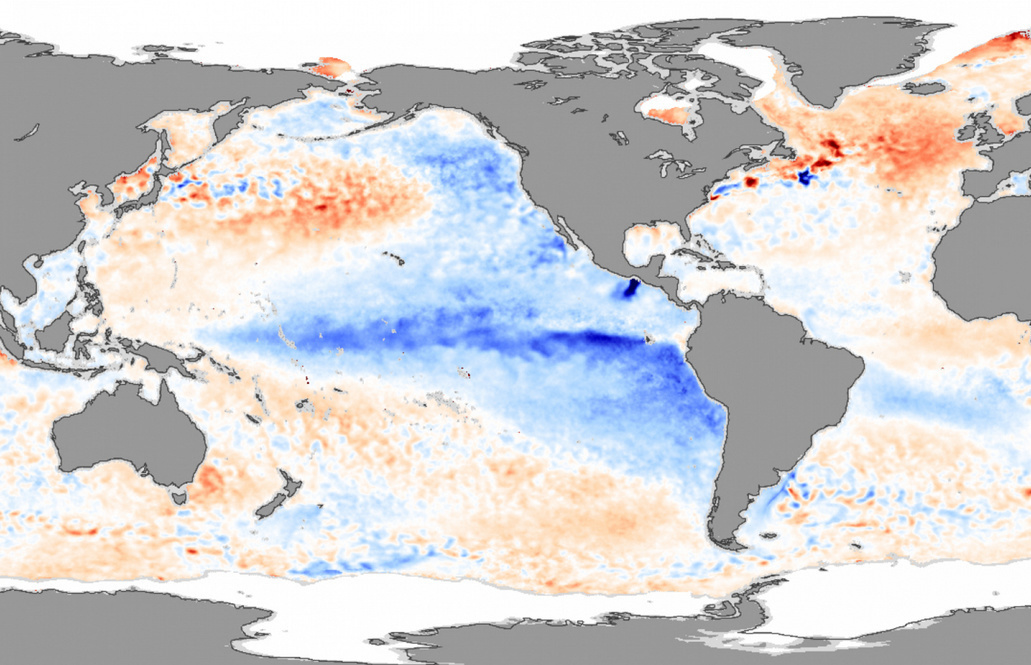 Forecasters with the National Oceanic and Atmospheric Administration (NOAA) confirmed this week that the El Niño phenomenon in the Pacific Ocean has come to an end and the onset of La Niña is expected soon.

A monthly bulletin issued by NOAA states that the large body of warm water in the equatorial Pacific has largely dissipated and there is now a 75% chance of La Niña developing in the fall and winter, although it could happen as early as this summer in the Northern Hemisphere.

The planet is currently in the neutral zone between the El Niño and La Niña phenomenons, which are driven by the speed of the Walker Circulation that moves water and air heated by the sun.

This circulation system slows down during El Niño, effectively reducing the upwelling of cold water and inducing warmer and drier weather. These conditions have been seen across much of the globe since it officially began in March 2015, although the warm waters also fuelled a record hurricane season in the Pacific.

On the other hand, La Niña happens when this circulation accelerates, pushing warm water in the equatorial Pacific much farther west than usual, allowing colder waters to drive weather patterns. During this colder period in the Pacific, the hurricane season in the Atlantic Ocean is usually stronger.

This summer, above normal temperatures are expected in the interior of British Columbia, but the conditions will be near normal along the coast including the Lower Mainland. With La Niña on the way, there is a much greater likelihood that British Columbians will experience a cold fall and winter, which could lead to a particularly strong ski season and larger snowfall events in Metro Vancouver.

Elsewhere in Canada, La Niña brings colder-than-normal temperatures to Alberta, Saskatchewan, and Manitoba and above average precipitation in Ontario and Quebec.

However, the United States’ western Pacific and southeastern areas are expected to experience drier conditions. This means California, which is already experiencing a severe, multi-year drought, could experience an abnormally dry winter.

The ‘monster’ El Niño event over the past 15 months was one of the strongest ever. The last extreme events were in 1997/1998 and 2009/2010, which hampered snow conditions for Vancouver’s Winter Olympics.