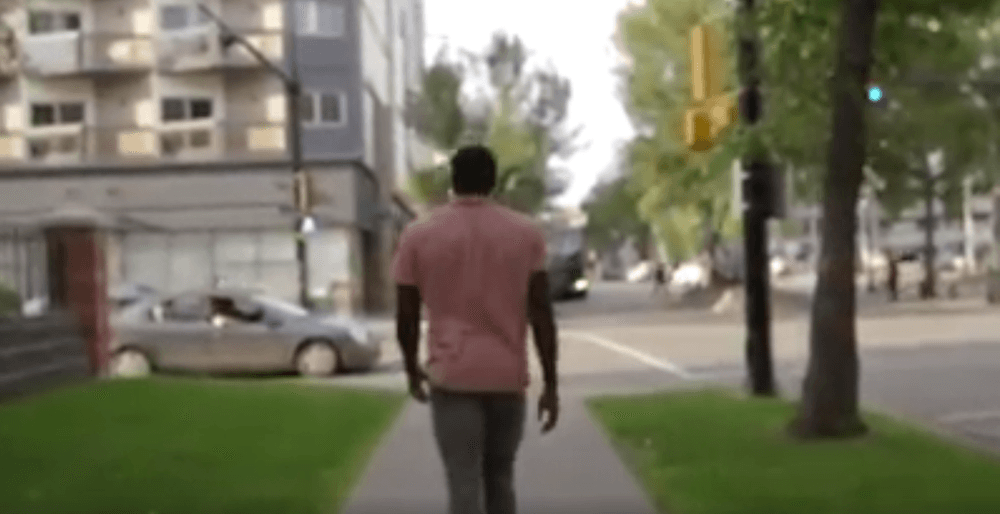 Edmonton actor Jesse Lipscombe was shooting an ad in downtown Edmonton, when a group of men in a grey car pulled up at the intersection in front of him and started yelling racial slurs.

Instead of yelling back, or stooping to the level of these archaic humans, Lipscombe walked towards the car and asked them to repeat what they said all while the camera kept rolling.

On Wednesday, Lipscombe posted the video and this caption on Facebook, “Shooting a PSA about how great downtown is, a full car pulls up and starts screaming, “the niggers are coming!” Mid take, I walk over to the car and open the door and try and ask him to say it again to my 6’3, 260lb face, they try to slam the door on me. We keep rolling as they speed away still shouting the same thing. Edmonton is better than these fools!”