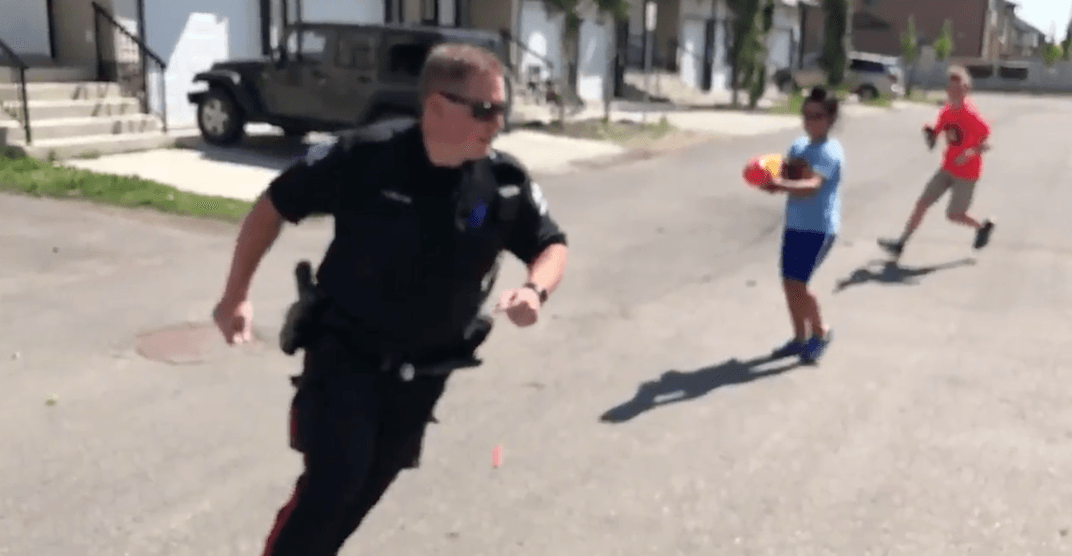 Only in Canada would we hear of such fun between cops and kids.

Edmonton’s Const. Brendan Fonteyne and his partner Const. Cameron Jones were patrolling a neighbourhood in the city when they came across some kids.

Fonteyne posted a video of the encounter on twitter showing what happened right after he encouraged the kids to ambush his partner.

Whattt? Those Matrix moves were on point.

After this, there is no turning back Canada. Fonteyne definitely took the red pill… and we couldn’t be more proud.