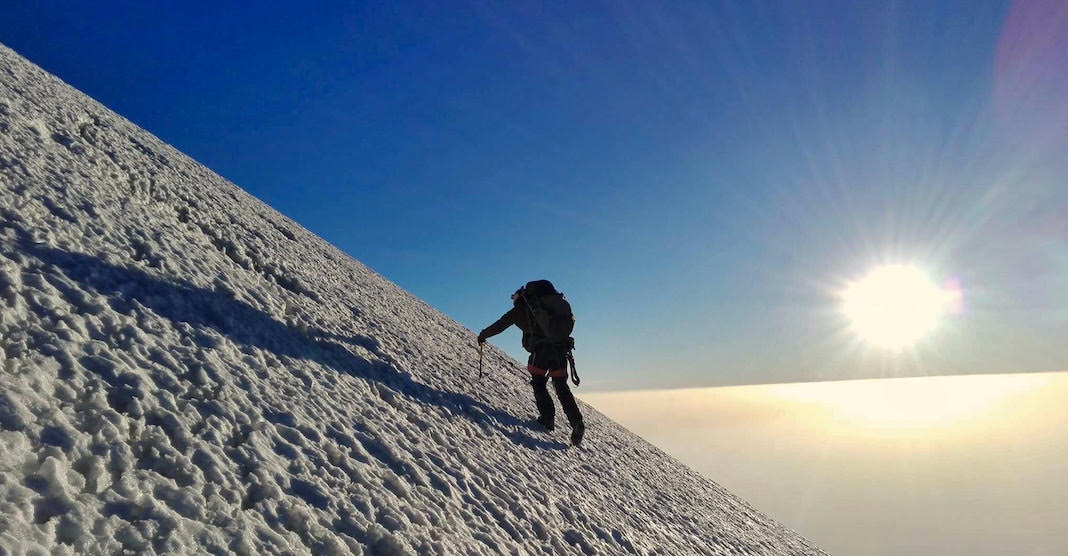 An Edmonton man has his sights set on climbing Mount Everest this May, just two years after having a heart attack.

Leo Namen, an experienced climber and athlete, suffered a heart attack while working out at the gym at the age of 48.

In 2018, Namen was training after having just returned from a summit on the highest peak in Mexico, when he had to be rushed to the hospital.

After being assessed and treated, he later learned he had sustained 100% blockage to his right coronary artery.

“My body shut down,” said Namen in an interview with Daily Hive. “All I remember is I grabbed my chest, and as soon as I got out the doors of the gym, I just dropped.”

Namen was hospitalized for nearly 10 days and had a long road of mental and physical recovery.

“Fifty-five per cent of my heart stopped for 40 minutes, so I could not even walk by myself at first,” said Namen.

“When the blood flow stops for so much time your heart and its muscles gets damaged.”

Still, Namen says the hardest part for him was the emotional toll.

“It was me losing my identity as a father, as a husband, and provider, but importantly, as a mountaineer,” said Namen. “I’ve been climbing since the age of 13, I don’t smoke, I don’t drink, and it happened to me, which means everyone out there is exposed to heart disease.”

Two years later, after a long road to recovery, Namen has his sights set on another challenge: Mount Everest.

“With the help of a few scientists and doctors, including a cardiac surgeon, they started to give me regular checkups and told me my chances of recovery would be good if I trained hard,” said Namen.

“Now, I have a better heart than I had before the heart attack.”

After he completes his climb, he will be the first Canadian to climb Mount Everest after having a heart attack.

Namen is the only Canadian on an expedition team of 17 people from countries including Italy, Russia, Nepal, and Poland.

“The expedition takes about two months, so I’m basically moving my life for two months, and we acclimatize for a few weeks until the window for summit opens between the 10th and 15th of May,” said Namen.

“I want survivors to understand that after a hard situation in life, you can do it, whatever it is.”

More information about Leo and his cause, and how to donate to the expedition can be found on his website.