If there is one thing we know in Vancouver it’s that the lanes on the Lions Gate Bridge never go in your favor, Timbits can be used as office currency in place of real money, and Eddie Lack loves tacos. Luckily for Eddie, someone took notice of that last one, because he finally has his own official taco.

You would think Eddie Lack getting a taco named after him was an obvious sponsorship waiting to happen, but it took until the playoffs before someone stepped up to the plate.

Enter Gringo, a Gastown taco joint located in Blood Alley Square, which despite sounding like somewhere Harry Potter might accidentally venture into when looking to buy text books, is a real place.

Gringo’s chef, Karl Gregg, teamed up with Eddie Lack to create, yes, the Lacko. What exactly is in the Lacko, you ask? Is it full of goalie bag sweat and chopped up pieces of rubber? Co-owner Christina Cottell has the lowdown.

“It’s made up of our seasoned ground chuck, and topped with avocado cream, salsa, iceberg lettuce and cheddar cheese.” 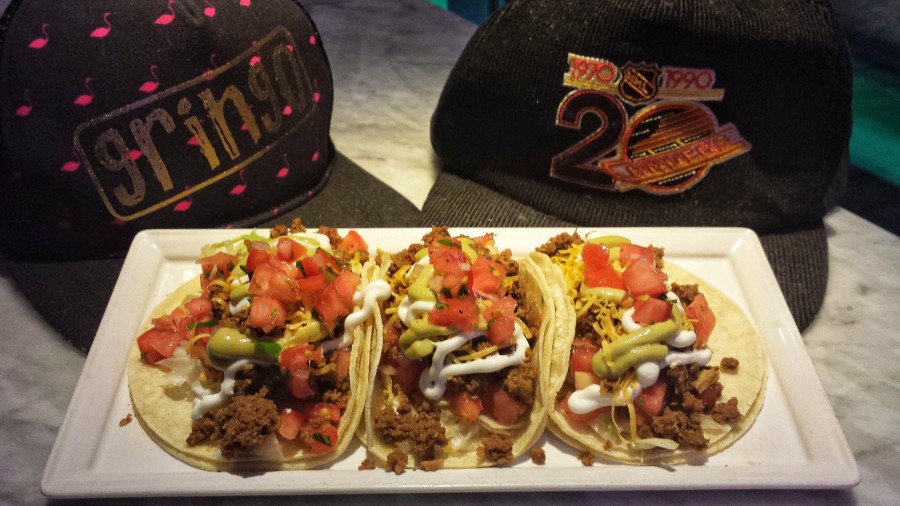 Eddie Lack’s taco is simple and understated. In the past he has talked about loving pineapples on his tacos (which is madness) so it’s good to see somebody talked him out of that. How much will an Eddie Lack taco set you back? Again, Christina has us covered:

Well that’s just smart marketing. Now, I know what you’re thinking. Will the price match Eddie’s GAA all the time? For example, what if Eddie posts a shutout in his first game? Free tacos? Or what if he gets blown out and has a GAA of 7.5? Will it cost $7.50 to eat Lackos of eternal sadness after a loss?

“The price will not fluctuate – it will stay at his regular season GAA.”

Probably a smart move. Now, the last thing people are wondering. Is it true that eating these tacos will help improve the Canucks odds of winning the Stanley Cup?

“We would like to believe that if enough people show true TACO LOVE and eat as many Lackos as they can muster, not only will we beat the Flames, but we will prove that tacos have actually been the missing link – only with rainbow-streaming, unicorn-leaping TACO LOVE will the Cup finally come home.”

You heard the lady, start eating those Lackos! Should you want to try one, they will be available at Gringo’s for as long as the Canucks are in the playoffs. So you have until mid-June to get one, right?