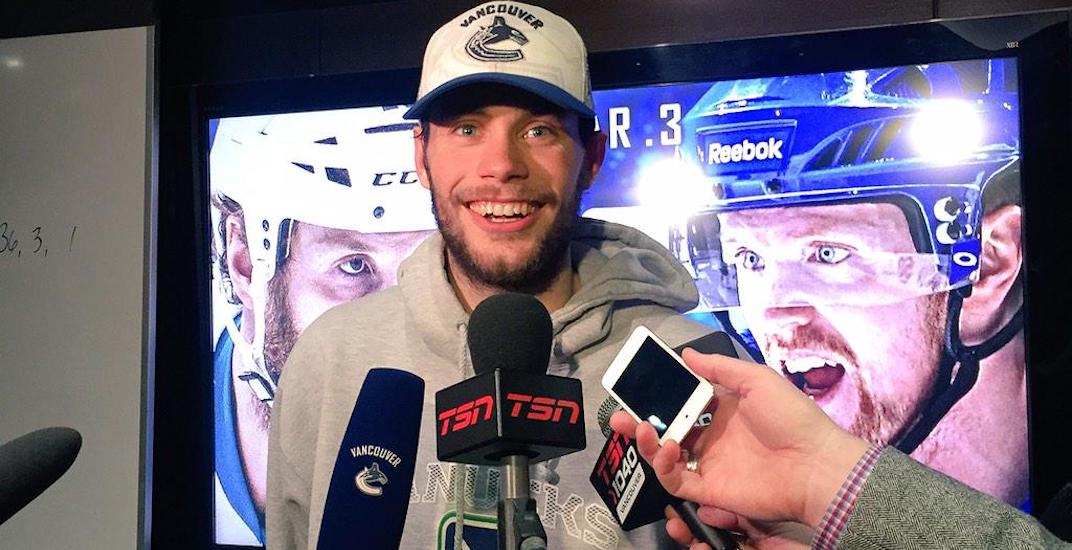 Fans can sign up to play in the Eddie Lack and Friends Frontline Cup, which will include numerous current NHL players, including some of Lack’s former teammates, organizers tell Daily Hive.

Join the battle with us

The game they’ll be playing is Fortnite, through GamerzArena and live-streamed on Twitch, with 100% of the money raised going to the Greater Vancouver Food Bank and Chimo Community Services.

“COVID-19 has impacted the whole world, and especially the most vulnerable in our communities,” said Lack, who officially announced his retirement from pro hockey last week. “I am happy to lend support and partner with Alpha to help the Greater Vancouver Food Bank and assist with all the great work Chimo Community Services does to help individuals that may otherwise slip through the cracks.”

The tournament runs from April 13-27 and includes some celebrity games on April 13. Team Canada will play Lack and Team Sweden, livestreamed at 2 pm with Irfaan Gaffar providing commentary. Local celebrities will compete in a second game at 4 pm, this time with Lack providing the play-by-play.

“With Alpha being a Vancouver based company, it is very important for us to give back to the local community as much as we can, especially during these challenging times” said Alpha CEO Emil Bodenstein. “Although this is a small way to show our support, we hope other members in the community will do as much as they can to support the heroes during this pandemic.”