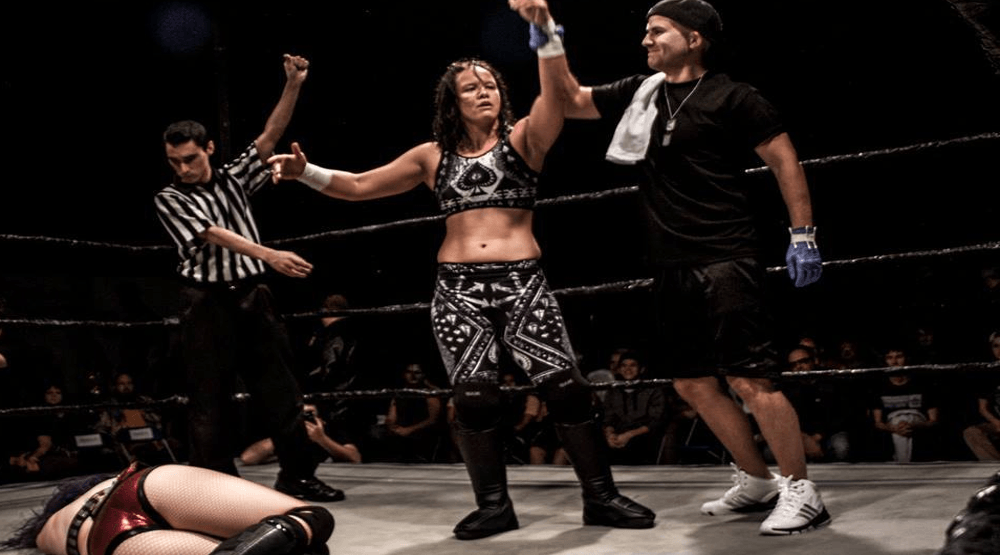 If you stick around professional wrestling long enough, you’ll see it all. From the in your face personalities, to death defying acts of athleticism, to dogs fornicating outside the ring in ill advised conceptual matches, wrestling has a long and colourful history.

Which is why in a scripted industry known for recycling gimmicks and storylines, it’s unusual to see something truly original. When it happens, it’s worth paying attention to.

On Saturday night, for the first time in Canadian history, two women (Nicole Matthews and Shayna Baszler) will compete for a professional wrestling heavyweight championship.
In an industry otherwise dominated by men, it’s no small accomplishment. Then again, these are two extraordinary women. 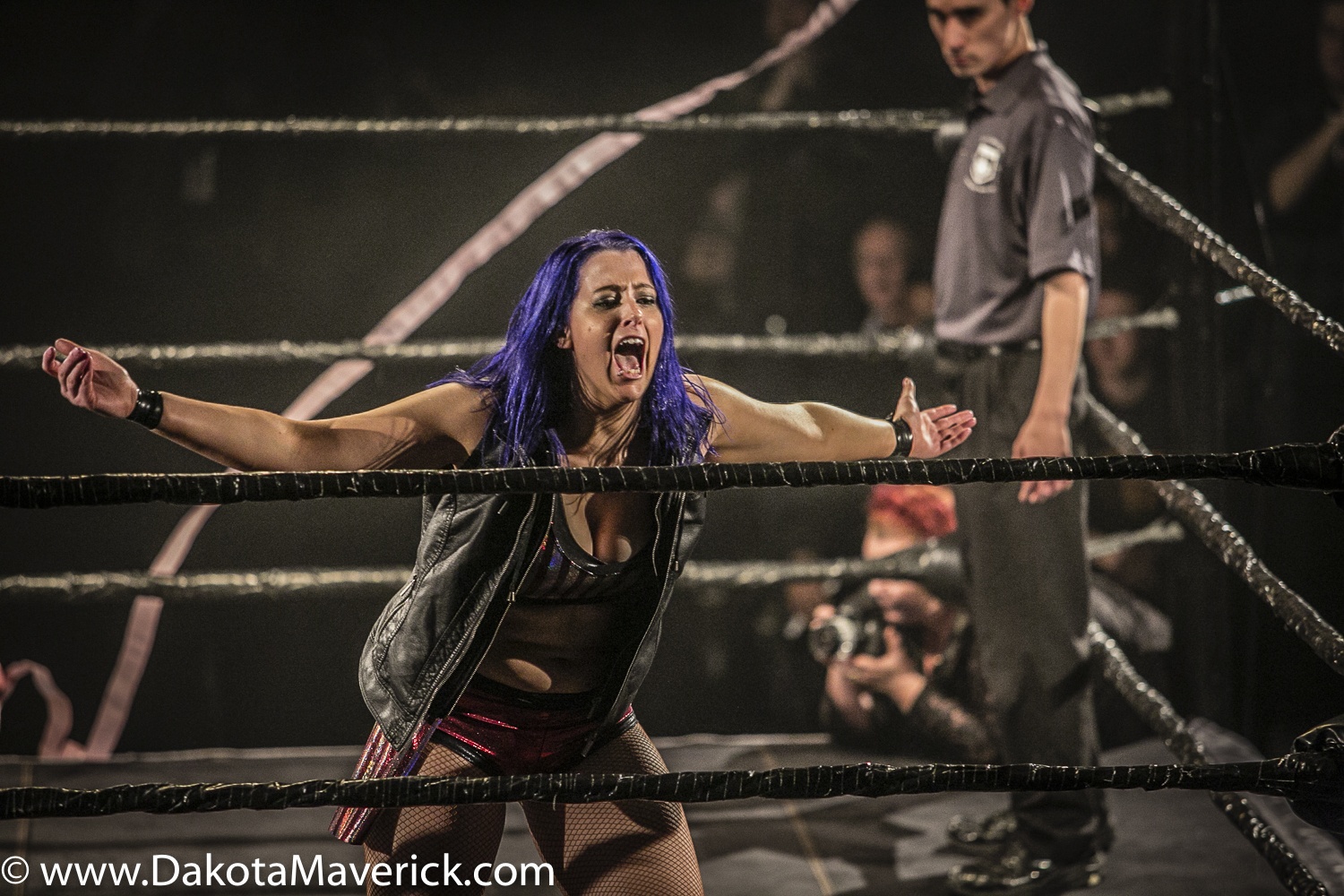 In late 2016, Matthews received an extended tryout with World Wrestling Entertainment, and competed on its NXT program. She has long been a trailblazer of women’s wrestling, especially in the Pacific Northwest. 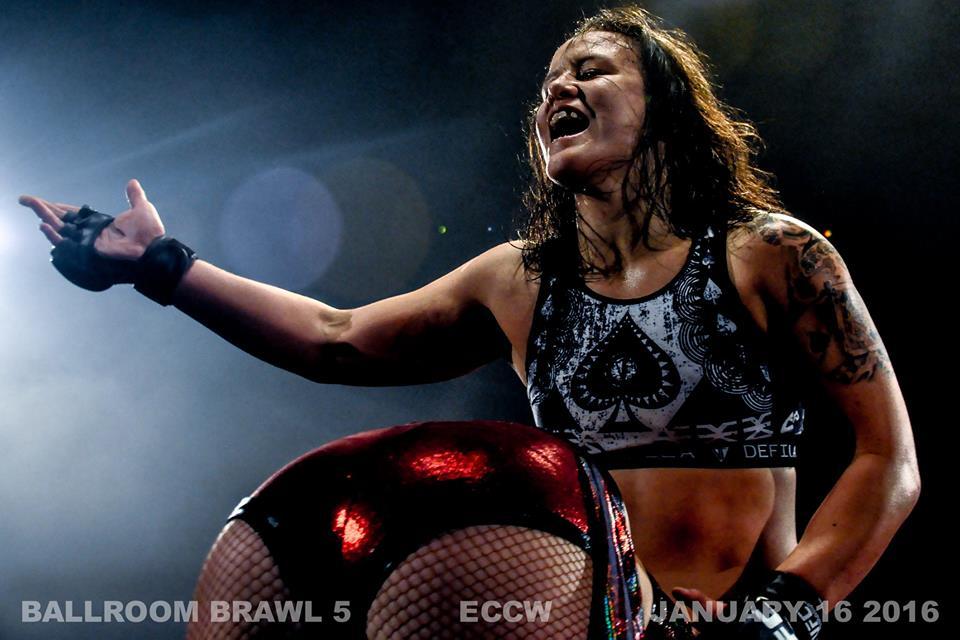 Challenger Shayna Baszler, 36, rose to fame as Ronda Rousey’s first selection on The Ultimate Fighter – Rousey vs. Tate. In 2015, Baszler transitioned away from the UFC, and towards a career in pro wrestling. She’s already been featured (alongside Rousey) at Wrestlemania 31, received a WWE tryout and captured a number of independent wrestling titles across the US.

(The two first locked horns at Ballroom Brawl 4, when Baszler attempted to murder Nicole via a ladder)

The rivalry, which began unexpectedly at ECCW Ballroom Brawl 4 in 2015, has played out across North America over the past two years. The series is tied one win a piece, both in closely contested matches.

This Saturday should mark its final chapter, in a renowned “last woman standing” match. The only way to win is to keep your opponent down for a 10 count. This will involve a lot of violence and aggression.

The significance of the moment, and the competitors, is not lost on ECCW personnel.

“In terms of the most important, interesting feuds in ECCW history, this is right up there,” notes owner Jeff Duncan (known to fans as “The Natural”). “I can’t imagine we’ll see something like this again. Over two years, these women have given our fans something very unique, in terms of matches, visuals and storylines. I hope everyone realizes how special this is.”

“Our company has featured some incredible talent (including Daniel Bryan, Kyle O’Reilly, Becky Lynch and Emma), but this marks a shift in the industry. Women are no longer confined to a separate division. I’m very proud ECCW is paving the way for professional wrestling. These are certainly the right women to lead the movement.”

Needless to say, this promises to be one of the most exciting, intense matchups in the company’s 21+ year existence.

“ECCW: Last Woman Standing” takes place this Saturday May 13th at the Russian Community Centre 2114 W 4th Ave in Vancouver. Tickets at the door ($20) or at www.eccw.com