Season five of Food Network Canada’s iconic Eat St. series premiered on September 6. The series follows host James Cunningham as he searches for the biggest, baddest and messiest street food vendors across North America and he visits Vancouver to try out 4 of our food trucks.

In a few short years, Vancouver has become one of the most acclaimed street food cities in North America. Having spent years testing out food trucks from Austin to Hamilton, San Francisco to Montreal and everywhere in between, James is an expert in all things big, messy and high calorie when it comes to street food. 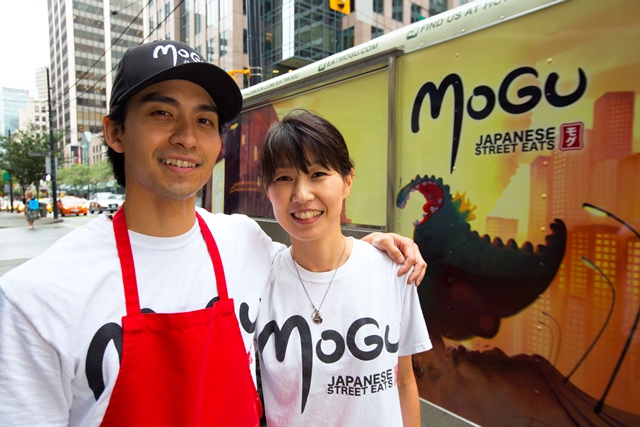 The new season showcases a handful of local Vancouver food trucks including Mogu, a truck serving up Japanese inspired fast food. Mogu is owned by husband and wife, Yuji and Kumiko Aoki.

Yuji was born and raised in Vancouver and Kumiko grew up in Japan. Having worked in kitchens in Canada and Japan, Yuji’s background has helped him create irresistible Japanese street eats that are quickly becoming a favourite among Vancouver foodies.

Other Vancouver Food Trucks to be featured on Eat St. Season Five