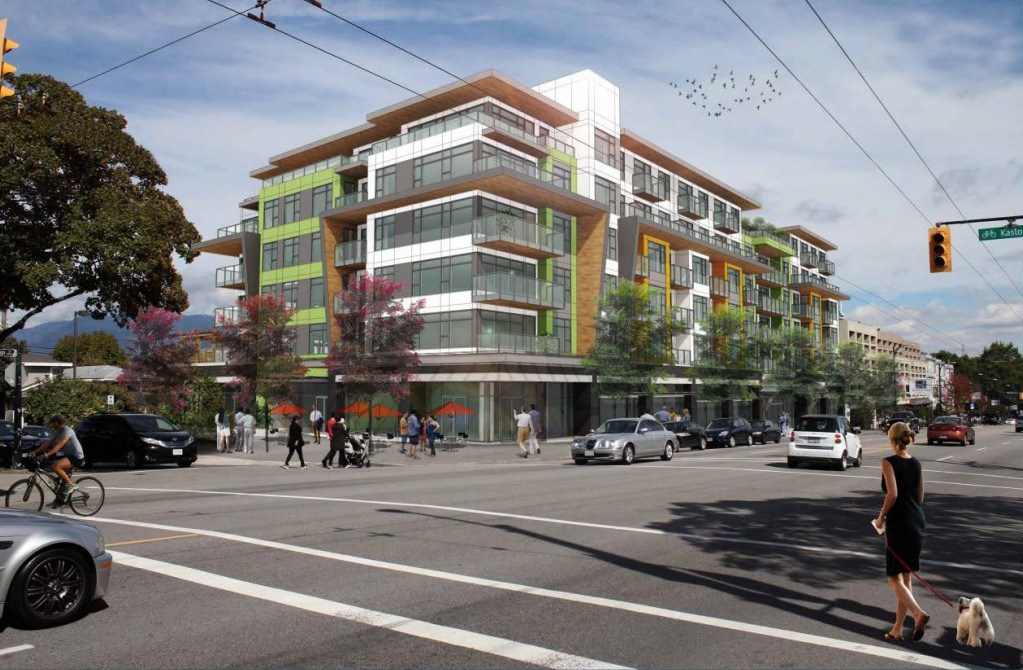 A new six-storey, mixed-used building at the northwest corner of Kingsway and St. George Street will contain 109 market rental housing units, including 29 studios 53 one-bedroom units, and 27 two-bedroom units. The ground floor will be occupied by a vehicle dealer, which will have a vehicle repair shop on the first level of underground parking.

The other project, also a six-storey mixed-used building; is located on the northeast corner of East Hastings and Kaslo streets. It will be built with 91 new rental homes, split between 52 one-bedroom units, 34 two-bedroom units, and five three-bedroom units. Commercial spaces will cover the ground floor of this development.

Both projects are made possible by the municipal government’s 2012 Secured Market Rental Housing Policy to offer developers incentives, such as increased height and density, in exchange for residential floor space that is completely used for market rental housing.

As of this past March, the City has exceeded its new market rental housing units goal by 660 units. It aims to approve at least 5,000 new units by the end of the decade, but there are already 5,660 units in the works including 1,291 completed, 1,996 under construction, and 2,373 units approved. These figures do not include the most recently approved projects.

The City says its policies to increase housing stocks is one of the key tools for tackling affordability issues. 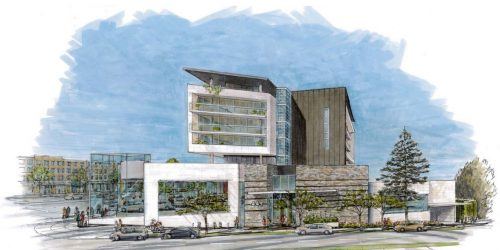 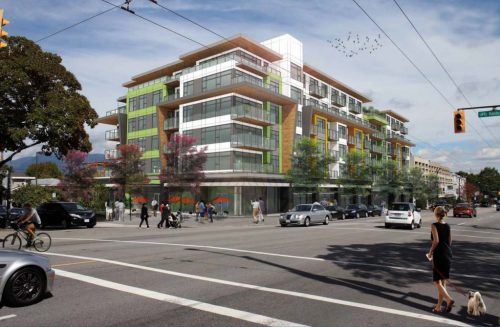