Three drivers were sent to hospital yesterday after a multi-vehicle crash that involved an unmarked police car.

The incident took place on Sunday morning at approximately 8 am. A blue Suzuki collided with a white police SUV moving westbound on East Broadway and Renfrew. 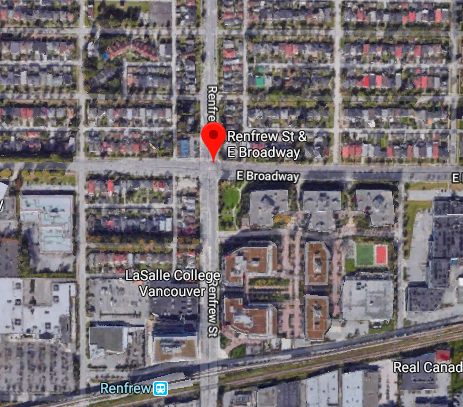 After hitting the police car, the Suzuki crashed into a Ford Escape that had stopped at the intersection. The Ford was moving southbound on Renfrew.

Each vehicle had a single occupant who was subsequently taken to be assessed at a nearby hospital.

Fortunately, all injuries were deemed non-life-threatening.

Investigators are currently working to collect evidence and determine the cause of the collision.

At this point, there has been no indication whether speed, drugs, alcohol or distracted driving are factors in the crash.