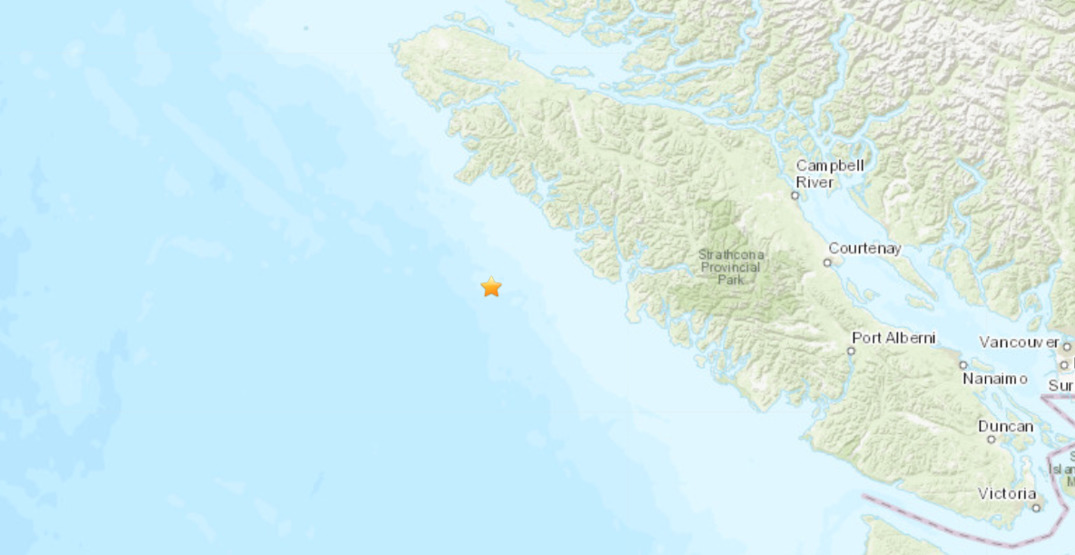 A magnitude 4.5 earthquake struck off the coast of Vancouver Island on Saturday, according to Earthquakes Canada. However, the US Geological Survey recorded it as a magnitude of 4.7.

The seismic event took place at 9:46 pm off the coast of Port Alice.

According to Earthquakes Canada, the event was not felt, no reports of damage have been made, and none are to be expected. Additionally, no tsunami warnings were issued following the event.

Earthquakes Canada states that the depth of the seismic event was 10 km. It struck 112 km south-southwest of Port Alice, 196 km west-southwest of Campbell River and 340 km west of Vancouver.