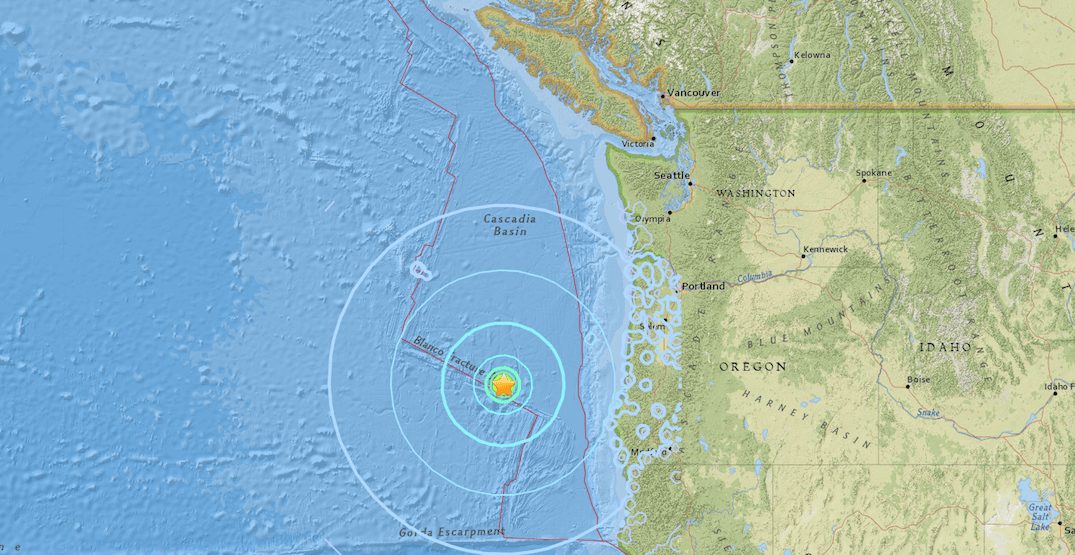 There was a major earthquake off the Oregon coast early Wednesday.

According to Emergency BC, a 6.2 magnitude earthquake shook the region, about 600 km to the nearest point in BC.

No tsunamis were expected following the quake.

A 6.2 magnitude earthquake struck approximately 400 km off the Oregon coast and approximately 600 km to the nearest point in BC. Tsunami NOT expected
https://t.co/2MCsB9qOHa

An earthquake with a magnitude of 6.2 hit west of Bandon, Oregon this morning & was located approximately 600 km to the nearest point in British Columbia. No immediate tsunami warning was posted, but this once again sparks concerns over the “Big One:” https://t.co/a9W6AASmeI pic.twitter.com/UwCnj7UihR

In June, a tremor measuring magnitude 3.2 was detected in the Strait of Georgia near Saturna Island.

Hundreds of earthquakes strike BC every year, but only a small fraction of these seismic events measure a magnitude of greater than 3.0.