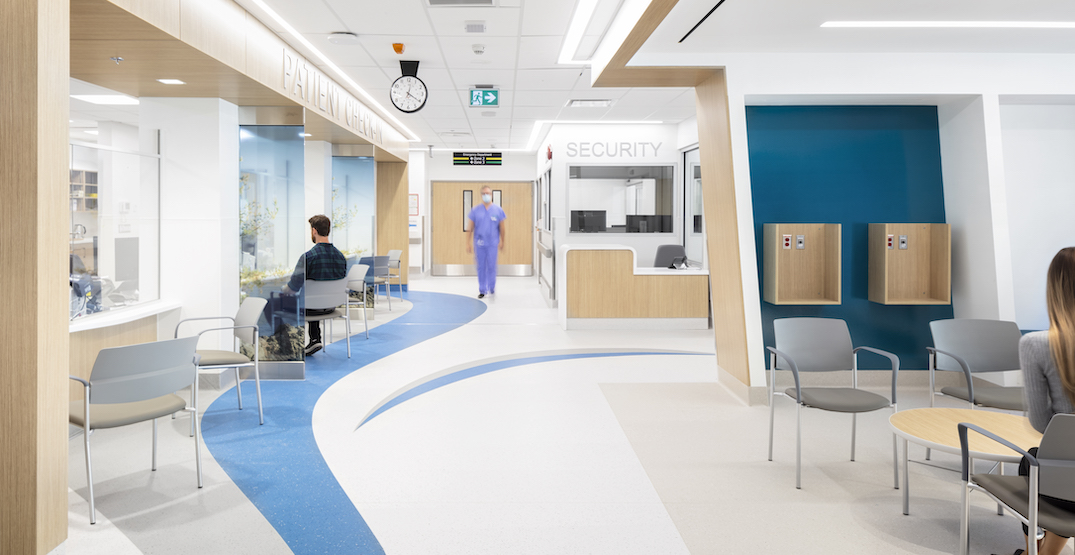 Roughly 250,000 people in the Tri-Cities sub-region of Metro Vancouver are now served by a significantly expanded emergency department at Eagle Ridge Hospital.

The $37.5-million expansion at the hospital in Port Moody officially opened this week, including new separate entrances for walk-in patients and ambulances, a redesigned registration and triage area, and a designated separate area for patients with mental-health and substance-use support needs.

The new emergency department space is roughly three times larger — growing from 7,685 sq ft to 23,745 sq ft — to improve the quality of care, and better meet the growing needs of the Tri-Cities, which covers Port Moody, Port Coquitlam, and Coquitlam. This accommodates a total of 39 new treatment spaces, up from the previous configuration of only 19.

As well, there are two new trauma resuscitation bays, four new isolation rooms for patients with infectious illnesses, and a decontamination area for individuals with chemical contamination. 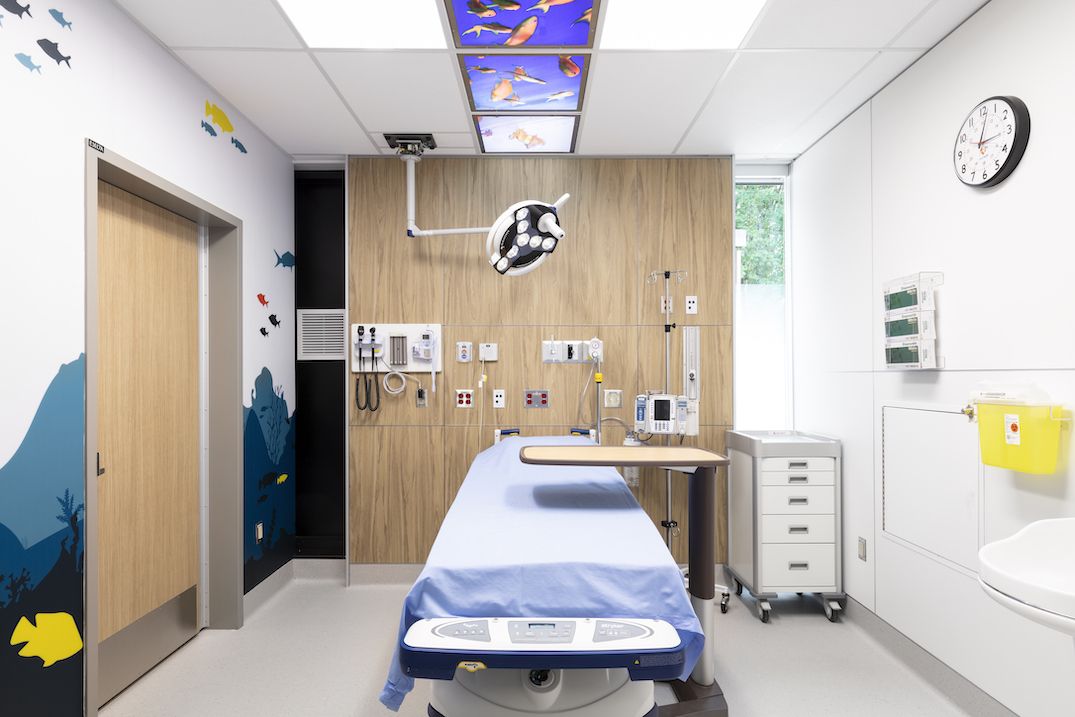 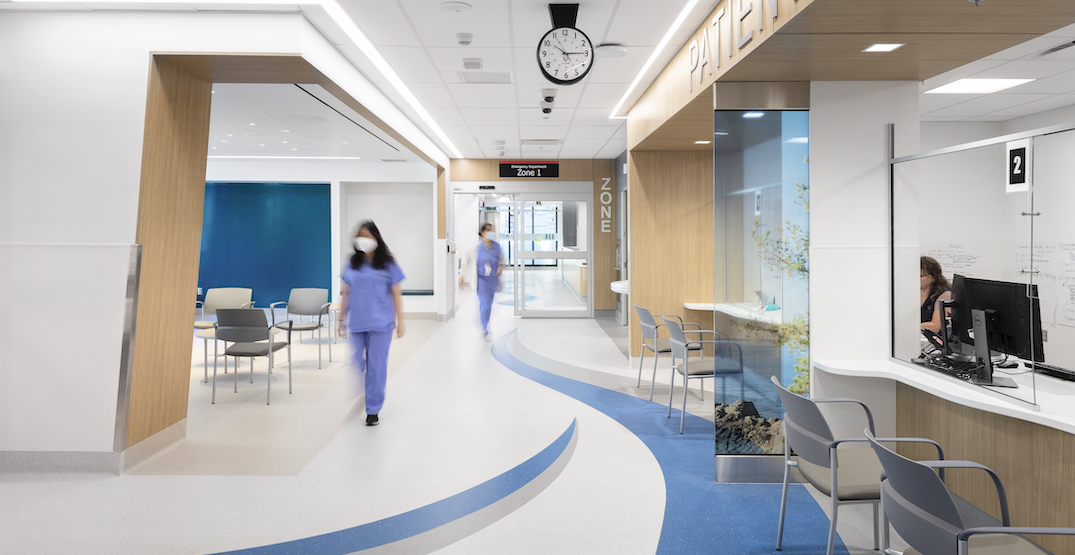 When Eagle Ridge Hospital opened in 1984, it saw about 20,000 patients come through its emergency department each year. That figure has since grown to 50,000 patients annually.

“Eagle Ridge Hospital serves many people in this region and as a result, the emergency department was experiencing congestion and overcrowding,” said Selina Robinson, MLA for Coquitlam-Maillardville, in a statement.

“It’s fantastic that the hospital is opening the doors of its new, expanded emergency department so the physicians and health-care workers will be able to deliver more efficient and enhanced care to people in the Tri-Cities.”

Construction on the expansion first began in early 2019, and final renovation components of the project that began construction last month are expected to reach completion by March 2022.

The provincial government provided the Fraser Health Authority with $32.5 million, while the hospital’s foundation raised $5 million to cover the balance.

“The needs of our patients and our clinical teams guided this project from design to development,” said Dr. Victoria Lee, president and CEO of Fraser Health.

“More treatment spaces, improved drop-off and pickup areas, and dedicated space for families will help us improve the experience for our patients and families in the Tri-Cities and surrounding communities.”

Eagle Ridge Hospital, classified as a community hospital, is located a relatively short walking distance from the Inlet Centre SkyTrain Station. In 2018, the health authority cancelled its proposal to sell under-utilized parcels of the 25-acre hospital site for potential condominium tower redevelopments, with proceeds funding hospital improvements. The proposal was met with opposition from the municipal government. 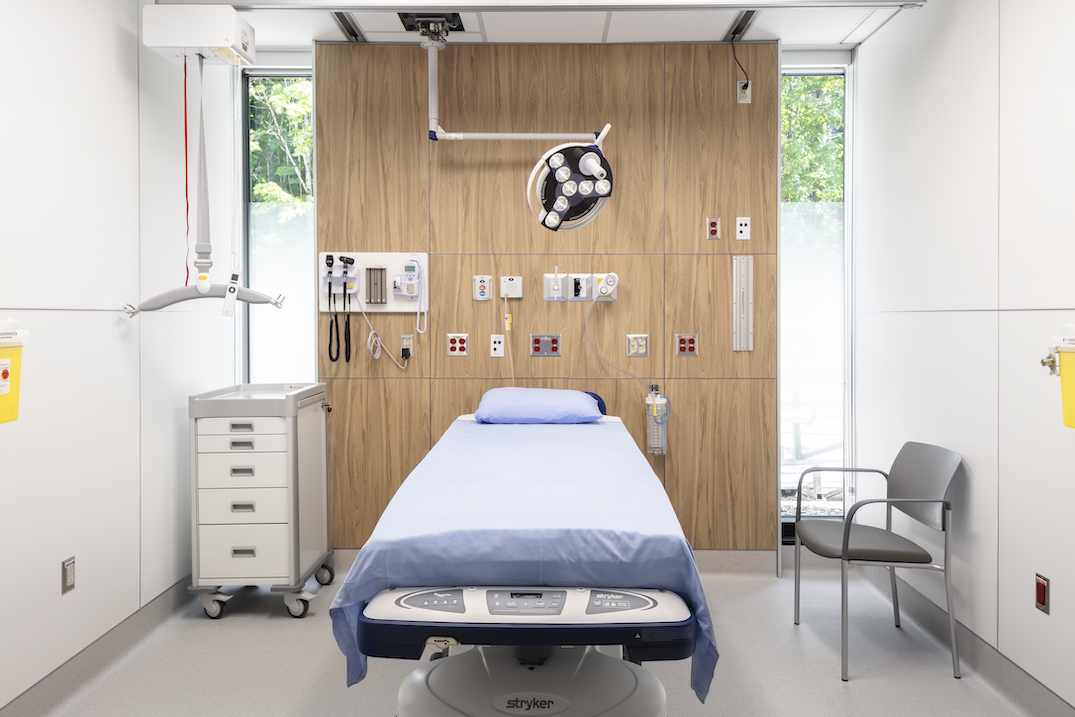