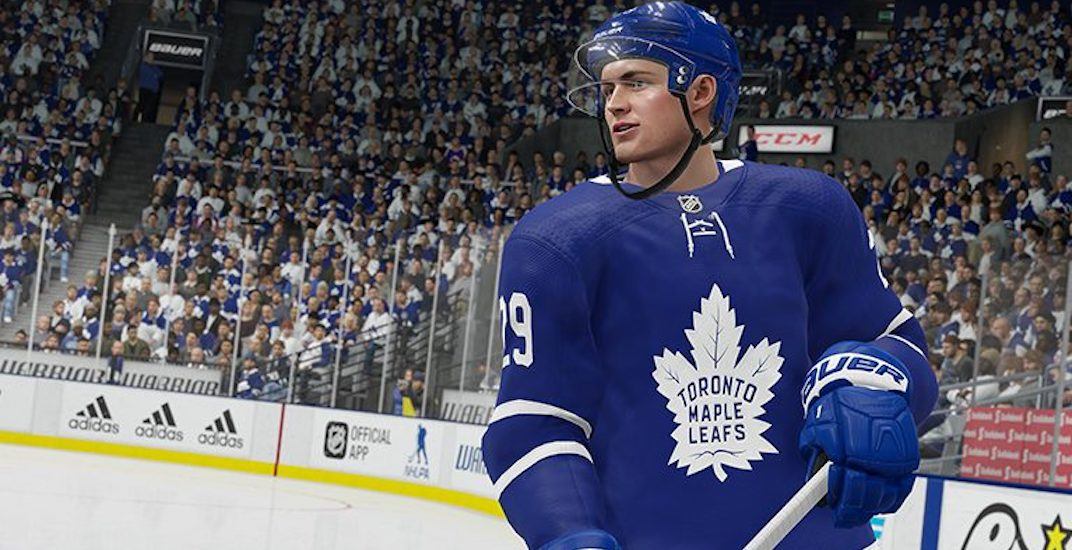 Electronic Arts has flip-flopped on their ambitious pre-season prediction.

Boldly picking the Toronto Maple Leafs to win the Stanley Cup in October, the video game giant must have been high on the John Tavares free agent signing.

And although Tavares has been legitimately great in Toronto, posting career highs in goals (47) and points (88), the Leafs were unable to surpass both the Tampa Bay Lightning or the Boston Bruins in the ridiculously competitive Atlantic Division standings this season.

So for their Stanley Cup playoff predictions, the NHL 19 simulator has Toronto being eliminated in the first-round for a third-straight year.

Not only that, but NHL 19 is predicting first-round upsets for Canada’s other two entries in the playoffs this year.

Despite winning the Western Conference with relative ease, EA predicts the Calgary Flames will be knocked out by the underdog Colorado Avalanche in six games. While question marks in goal regarding both Mike Smith and David Rittich have caused many pundits to not give Calgary the respect they otherwise would deserve, most have the Flames at least getting to the second round.

After making it to the Western Conference Final one year ago, the Winnipeg Jets will also receive an early playoff exit according to the simulator. The Jets will lose in seven games, says EA, at the hands of the red hot St Louis Blues. 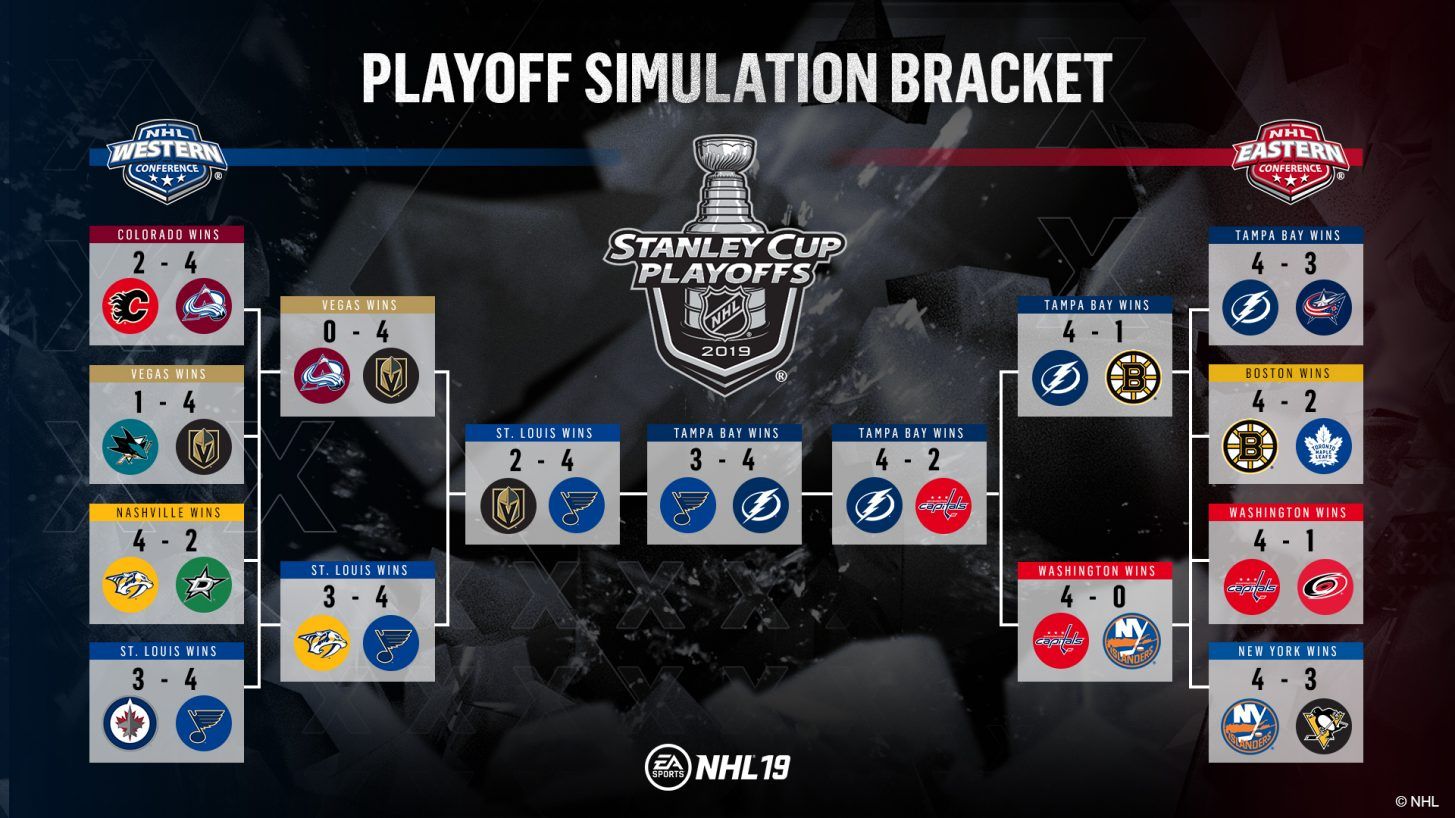 The Blues haven’t been in a Stanley Cup Final since 1970, and have never won a championship. The Lightning lost the 2015 Final, and haven’t won a Cup since 2004.

A Canadian NHL team has not lifted the Stanley Cup since 1993, when the Montreal Canadiens last won the title. Many have come close since then, with the Vancouver Canucks (1994 and 2011), Calgary Flames (2004), and Edmonton Oilers (2006) losing in Game 7 of the Stanley Cup Final. The Ottawa Senators also made it to the 2007 Final, losing in five games.