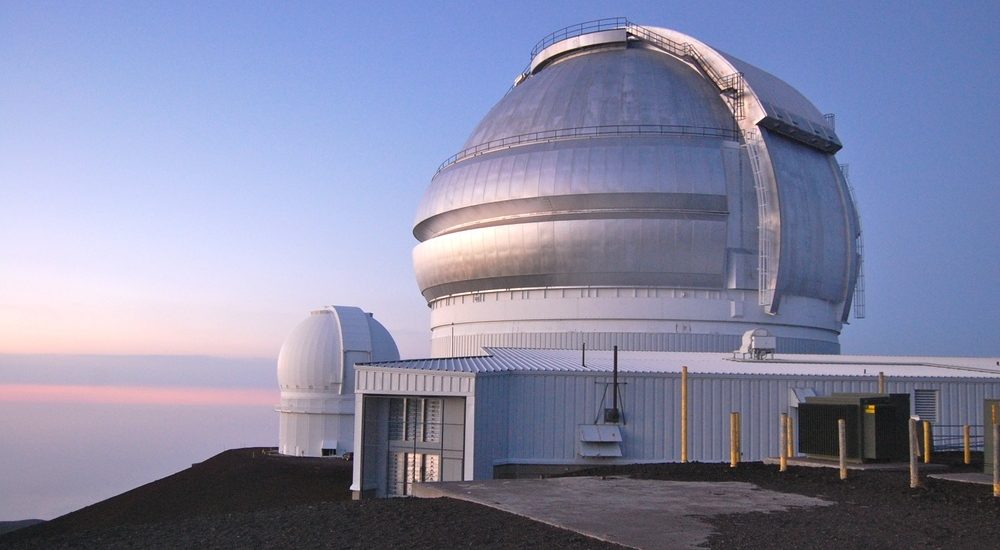 UBC astronomers were part of a team of international researchers that have discovered a new dwarf planet that is orbiting beyond Neptune in our Solar System.

The planet is about one and a half times the size of Vancouver Island and was dubbed 2015 RR245 by the International Astronomical Union’s Minor Planet Centre. It was found using the Canada-France-Hawaii Telescope on Maunakea, Hawaii.

2015 RR245 takes about 700 years to complete a full orbit around the sun, and is 120 times Earth’s distance from the sun at the farthest point in its orbit.

“There are only a couple of dwarf planets that have orbits anywhere near that one,” Canada Research Chair in planetary astronomy at UBC Brett Gladman tells Daily Hive. “It’s nice to have one where it both comes in bright where it’s easier to study and also goes out far into deep reaches of space where it gets really cold.”

The newly discovered dwarf planet was first spotted in February of this year by JJ Kavelaars with the National Research Council of Canada.

The term “dwarf planet” originated from the demotion of Pluto as a planet in 2006, and is neither a full-sized planet, nor a satellite.

The majority of dwarf planets were destroyed or thrown from the solar system as the giant planets moved into their present positions after the big bang. Around three dozen of them currently exist in our solar system, says Gladman, but he suspects more than a thousand of them existed when the planets first formed.

“They’re things that formed long ago, so they’re really interesting to study. They’re the largest objects that are leftover from that phase of the Solar System’s formation.”

Gladman says as the planet gets closer to the sun over the next few decades, they’ll be able to study it more closely.

The team with the Outer Solar System Origins Survey will submit a name for 2015 RR245 to the International Astronomical Union for consideration.