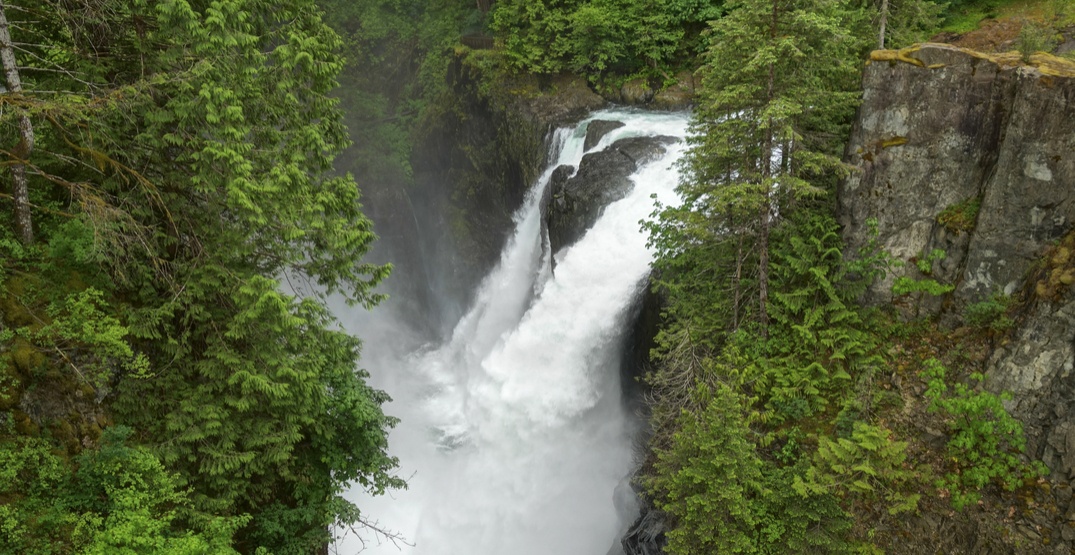 A Dutch tourist visiting Elk Falls with her husband was declared deceased yesterday after being sucked under the water.

The incident took place at Elk Falls Provincial Park in Campbell River on the east coast of Vancouver Island. 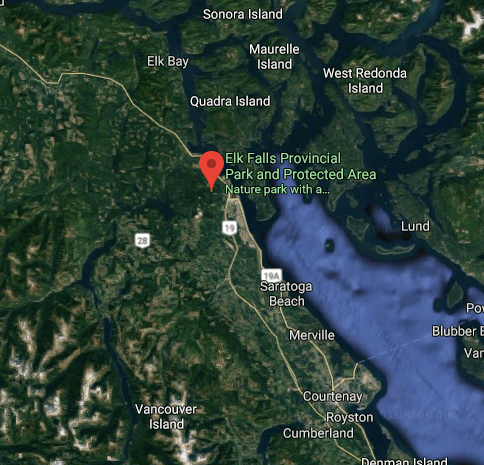 Campbell River RCMP received initial reports at approximately 2:20 pm. The call came from a third party explaining that the wife of a tourist was sucked under the water.

Police explain that the call came shortly after the incident occurred and that “the husband could speak only broken English.”

The Campbell River Fire Department, Ambulance, Search and Rescue, Fast Water Rescue, BC Hydro, RCMP helicopter, and an RCMP drone were all utilized.

Officers began to search for the husband as soon as they arrived at the scene. He described to police that his wife slipped and fell into the water from the river’s edge.

It was unknown at the time if she went over the falls.

BC Hydro shut the water flow at the John Hart dam over Elk Falls Canyon in order to assist with search efforts and an RCMP helicopter arrived on scene for an aerial search, assisted by the RCMP drone.

The park was evacuated and closed to allow Search and Rescue to conduct a safe search.

Two hours after the initial report, the woman’s body was found underwater above the falls.

She was identified as a Dutch woman in her sixties.

The RCMP sought out a Dutch-speaking officer to assist with communication and authorities notified and liaised with the Netherlands Foreign Consular Office to communicate family in Holland.

The BC Coroner’s Service has since taken over the investigation.