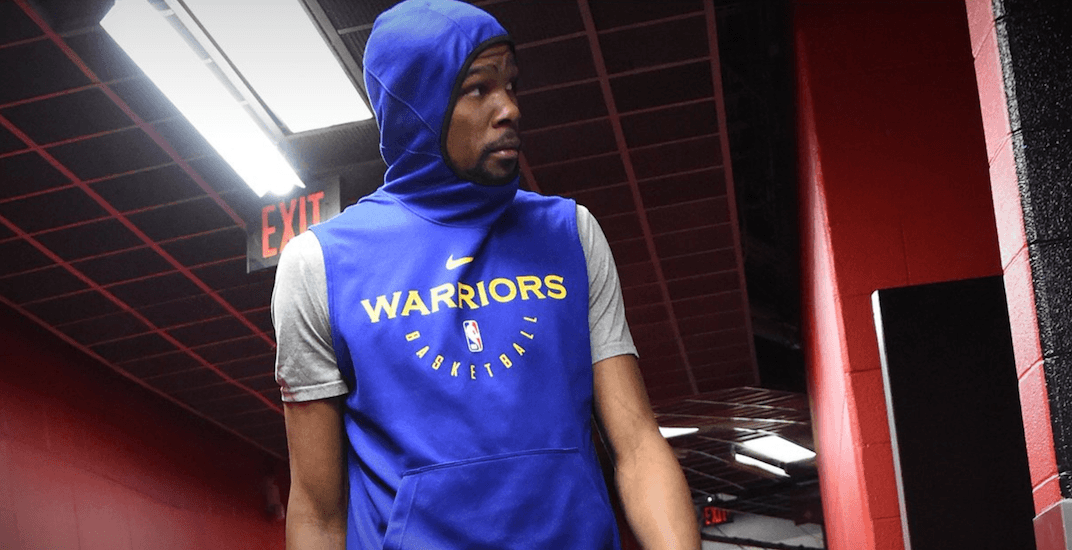 With a 3-1 series lead, the Toronto Raptors have an opportunity to lift the Larry O’Brien Championship Trophy in front of their hometown fans on Monday.

Standing in their way is a dynasty, in the form of the Golden State Warriors, who may be getting their best player back.

For the first time since suffering a calf injury on May 8 against the Houston Rockets in the second round, Kevin Durant practiced with his Golden State Warriors teammates.

Durant’s status for Game 5 has been officially upgraded to “questionable,” meaning he could make his first return on Monday.

Kevin Durant (calf) has been listed as questionable for Game 5 of NBA Finals on Monday night.

The 2017 and 2018 NBA Finals MVP, Durant is a potential series-changing player – depending on how effective he can be at less than 100% health.