Chef Alex Brown is passionate about smoked meat. As Head Chef and Operations Manager at Vancouver’s outpost of Montreal-born Dunn’s Famous, Brown has been imparting his love of the classic delicatessen foods and feel since he started with the restaurant nearly five years ago.

Dunn’s has recently undergone a transformation inside and on the menu in order to give Vancouver a new way to experience an old-style Montreal deli, and Brown’s hand-cut Montreal smoked meat as at the core of what they’re doing. 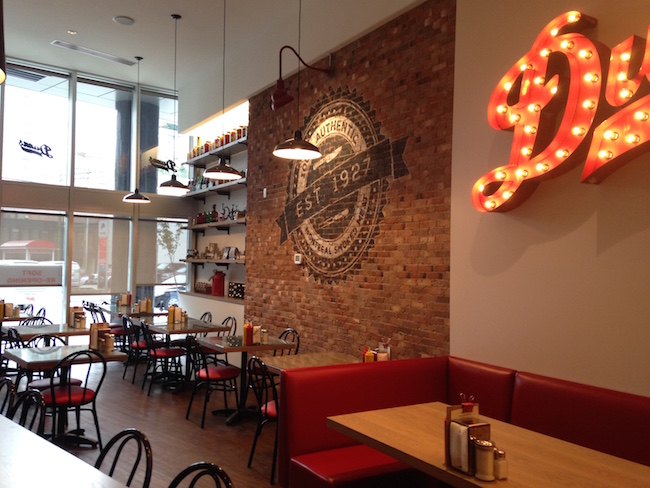 The Dunn’s story began in Montreal in 1927, and while the Vancouver franchise is just a few years young, they’ve taken to heart what they’ve heard from guests about offering a more traditional delicatessen experience. Brown, who grew up in Edmonton, says he came to Vancouver for the 2010 Olympics, went home for a few days, then immediately moved to Vancouver, and started working for Dunn’s. He adds his love of deli foods, like liver, is thanks to his mom, a chef, and that his experience at Dunn’s has really helped him grow as a chef.

Brown says Dunn’s has now largely ditched the “pub food” from the menu–stuff like nachos and wings–and have zeroed in on where they shine, with housemade items like potato latkes, matzoh ball soup, and of course their sandwiches.

In ushering in this new era at Dunn’s the team at the restaurant are taking special care to represent the past. A framed photo of Dunn’s founder Myer Dunn hangs at the entryway–an homage to where Dunn himself stood inside his namesake original Montreal restaurant to greet his customers. A hand written menu is to the right, and a glance to the left reveals a thoughtfully curated wall of vintage food tools, tabletops featuring historic maps of Vancouver and Montreal, and, in full view of all the main room diners, an open kitchen where much of the food assembly takes place and the deli counter. 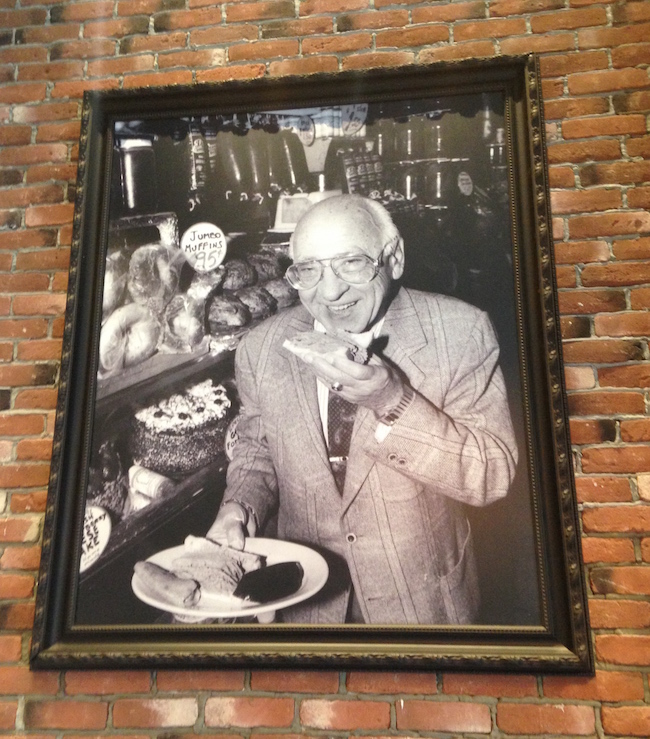 Brown speaks reverentially of the brisket smoking and slicing process, noting that Dunn’s sources Alberta beef that’s brined, dry cured, and slow-cooked in Montreal then sent to Vancouver for steaming, all before its hand cut to order using a technique passed down from generations.

Preparing and serving the meat properly is so vital to Brown and the Dunn’s experience that the Vancouver location as instituted their own three-level Smoked Meat Certification program. Brown jokes that he urges his cutters to extract the meat from the steamer as though they were cradling a baby, then they cut carefully across the grain at whichever thickness the customer specifies.

Dunn’s Montreal Smoked Meat is available in lean, medium, or fat cuts, though Brown says customers can also opt for slices that fall in between the levels, too. Brown also points out that Dunn’s Montreal Smoked Meat should be considered a luxury item, particularly considering the way they serve it is an art, and follows a tradition of cutting. Customers can watch the cutter in action–another aspect of the traditional deli experience Vancouverites have been hard-pressed to find outside of Dunn’s.

Personally, Brown’s fave order is a 6-ounce smoked meat sandwich with yellow or spicy mustard, with a bowl of matzoh ball soup and a Dunn’s half-sour pickle on the side. “That’s my ideal lunch,” smiles Brown. 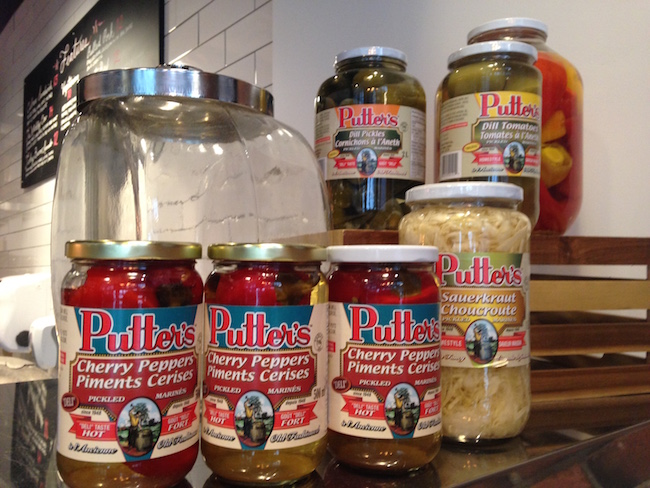 Beyond the meat sandwiches, there are several gems on the Dunn’s menu, most of which start in house from scratch, including their signature cole slaw, pickled tongue, beef liver pate (using meat from Two Rivers), fresh strawberry-topped cheesecake (a true labour of love to craft) and the fried pickles they’re known for. They’ll still be slinging their well-loved Caesar, and have taken an East Coast-heads-West Coast approach to their beer menu, echoing the Montreal-in-Vancouver vibe overall.

Veggie lovers may gravitate to the veggie sandwich (which changes ingredients seasonally), while mega meat lovers will want to try the ambitious Wholey Cow, with its bold combo of liver paté, pastrami beef heart, pickled tongue, and Dunn’s brisket). Look for more traditional menu items to join the roster, too; Brown hints at the addition of a beloved Montreal item, Beef Karnatzel.

Adding to the rebooted deli vibe is the fact that Dunn’s welcomes to-go orders, including packing up deli salads or offering the Putter’s pickled items by the jar, and they’ve expanded their catering options, too, which is perfect for people who live or work near the restaurant placing orders for a group. 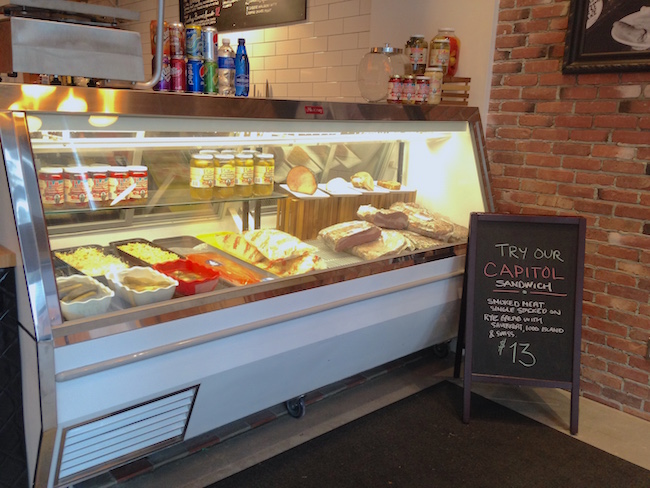 The deli case at Dunn’s. It has no cheese! Customers will find it stocked each day with delicious options (Lindsay William-Ross/Vancity Buzz)

It seems these big changes are kicking off a new era of the old-style deli in Vancouver, and Brown couldn’t be more excited to give this next generation of guests a place to eat and talk in the deli tradition–to nosh, as they say.

To kick off the re-launch, Dunn’s will be serving just their Montreal Smoked Meat sandwiches at 1927 roll-back pricing on Friday, October 9. Dunn’s officially re-opens on Saturday, October 10, offering their full menu. 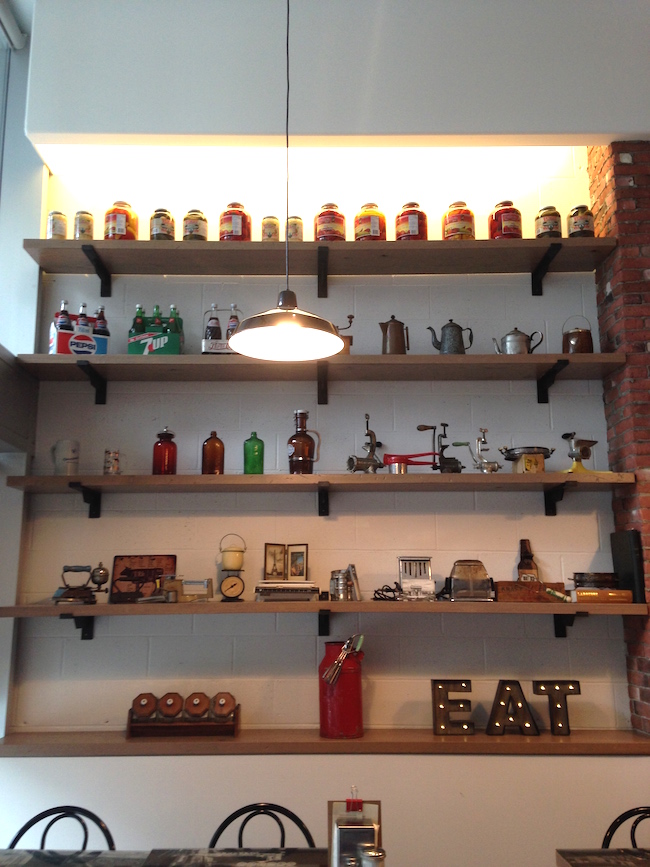 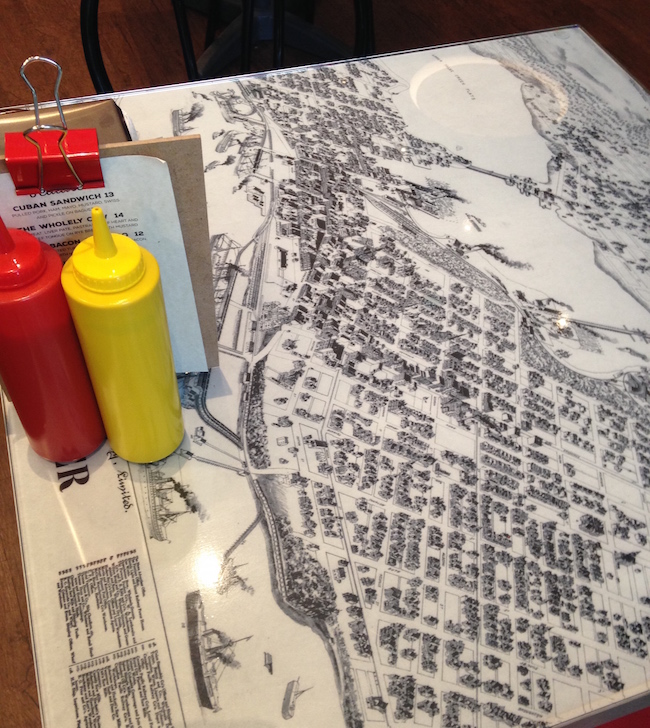 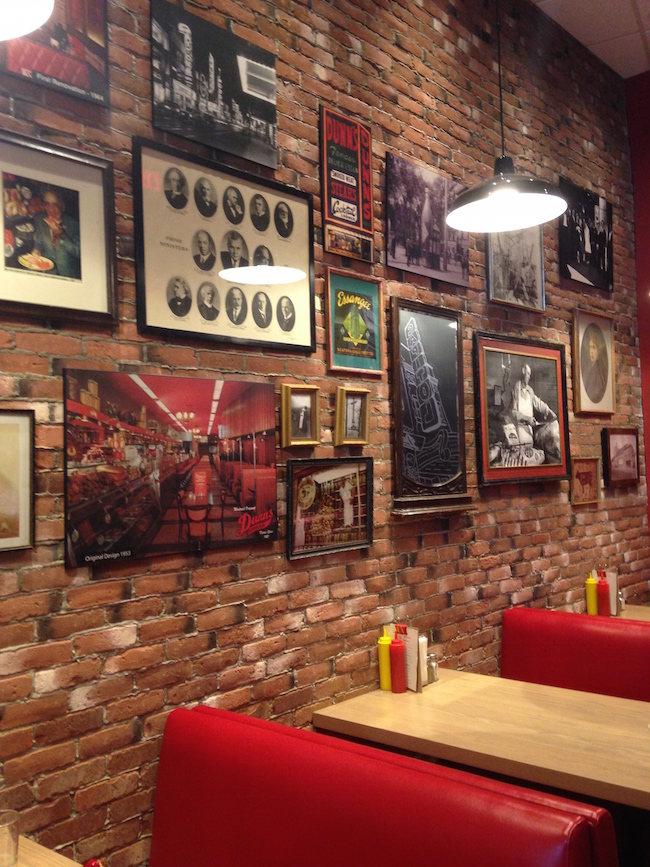